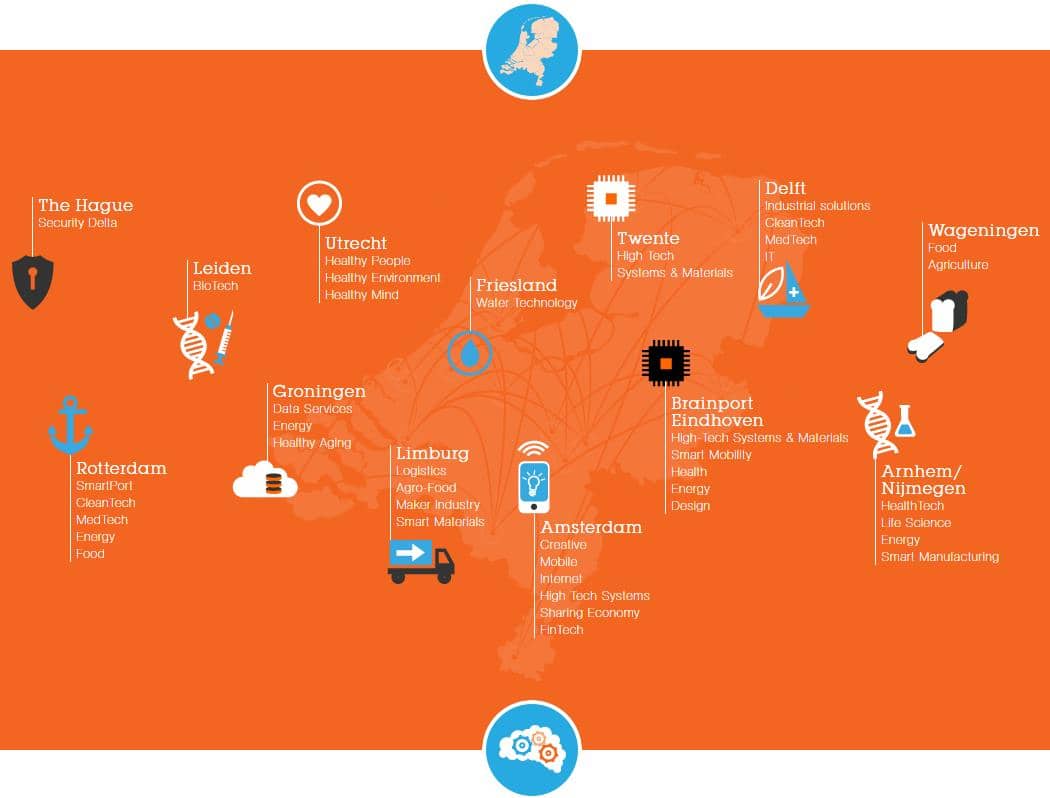 A history of innovation and unrivaled digital infrastructure has led the Netherlands to become home to Europe’s largest startup ecosystem. In fact, Holland has the best startup business climate in the EU, according to the European Digital Forum’s 2016 Startup Nation Scoreboard. With more than 10 startup and tech clusters in a 90 minute radius, Holland offers plenty of location options for innovative companies in any industry. Below are some of the top cities for startups in the Netherlands: 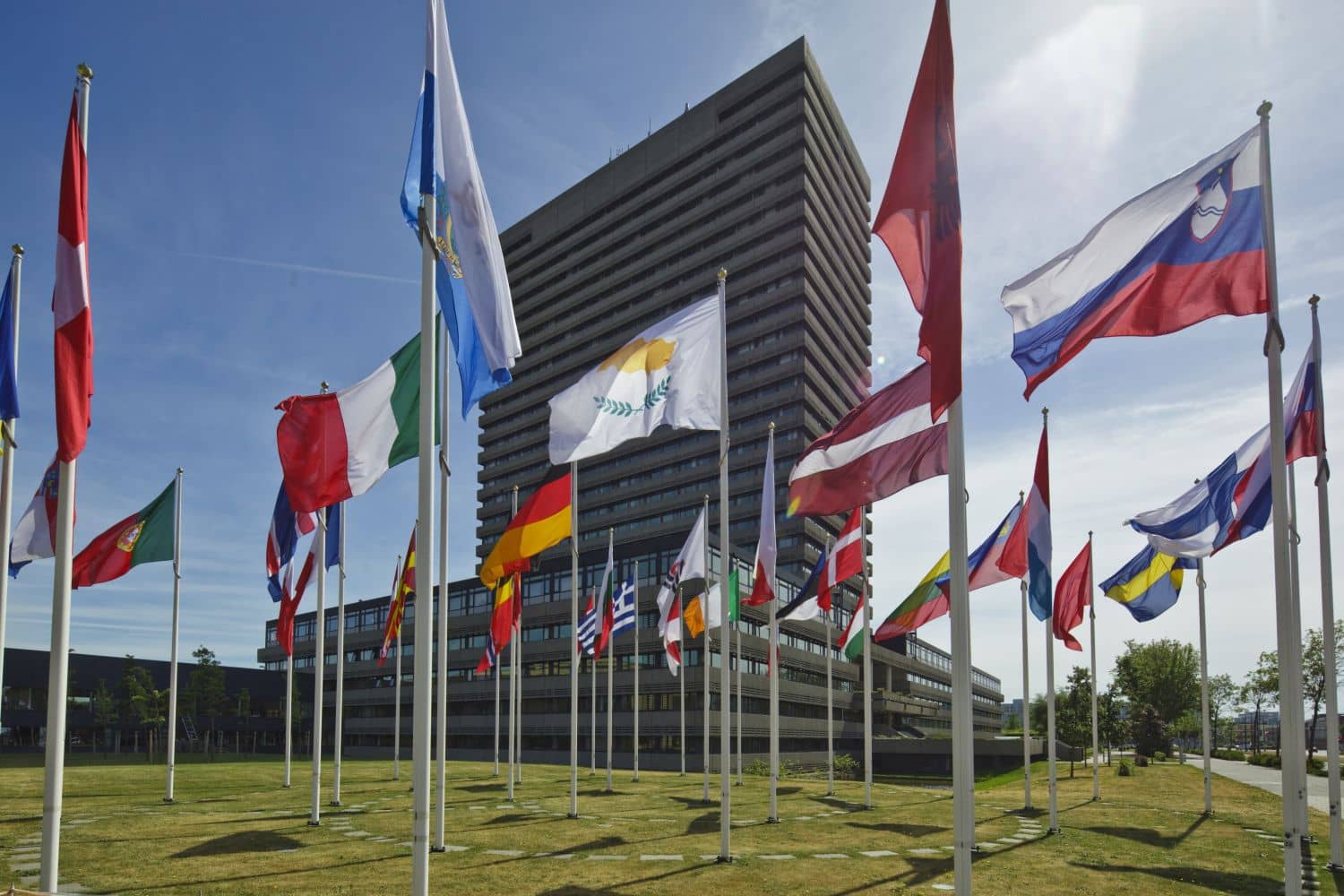 Source: The Netherlands Board of Tourism and Conventions

As the International City of Peace and Justice, The Hague has become the largest safety and security cluster in Europe thanks to a high concentration of international organizations and embassies surrounded by 400 security businesses. The Hague Security Delta Campus (HSD) specifically supports cyber security startups with living labs, training facilities and office space.

One of the most exciting startups in The Hague’s security cluster is HackerOne, a US-Dutch venture that is the brainchild of security leaders from Facebook, Microsoft and Google. The hot startup set-up operations in The Hague in 2015 after raising $25 million in Series B financing, and has now found over 21,000 bugs for 50 companies, including Slack, Twitter, Uber and even the U.S. Department of Defense. 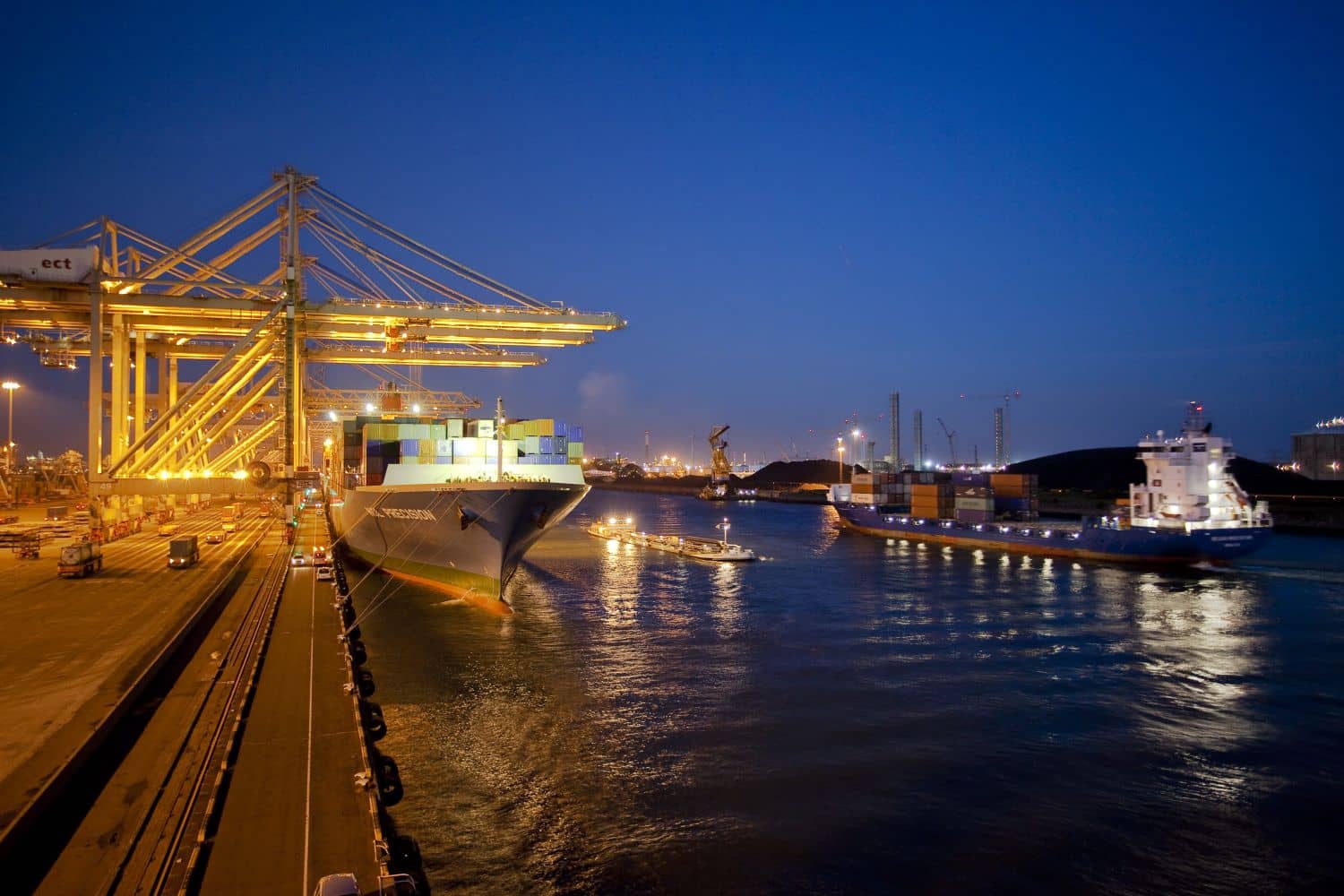 The Netherlands’ second largest city, Rotterdam is well known as the home of Europe’s largest and busiest shipping port. Today, Rotterdam is becoming known as a competitive startup location—last year The Financial Times featured the city in its “Let’s Launch In…” series. Plus, Rotterdam’s shipping superiority has fostered port-related tech startups, aided by Port Innovation Lab, a joint venture between the Port of Rotterdam and startup incubator YES!Delft.

Last year, U.S.-based Cambridge Innovation Center (CIC) chose Rotterdam as its first hub abroad. Because of the city’s proximity to so many quality universities, CIC CEO Tim Rowe dubbed Rotterdam “the Boston of the Netherlands.” 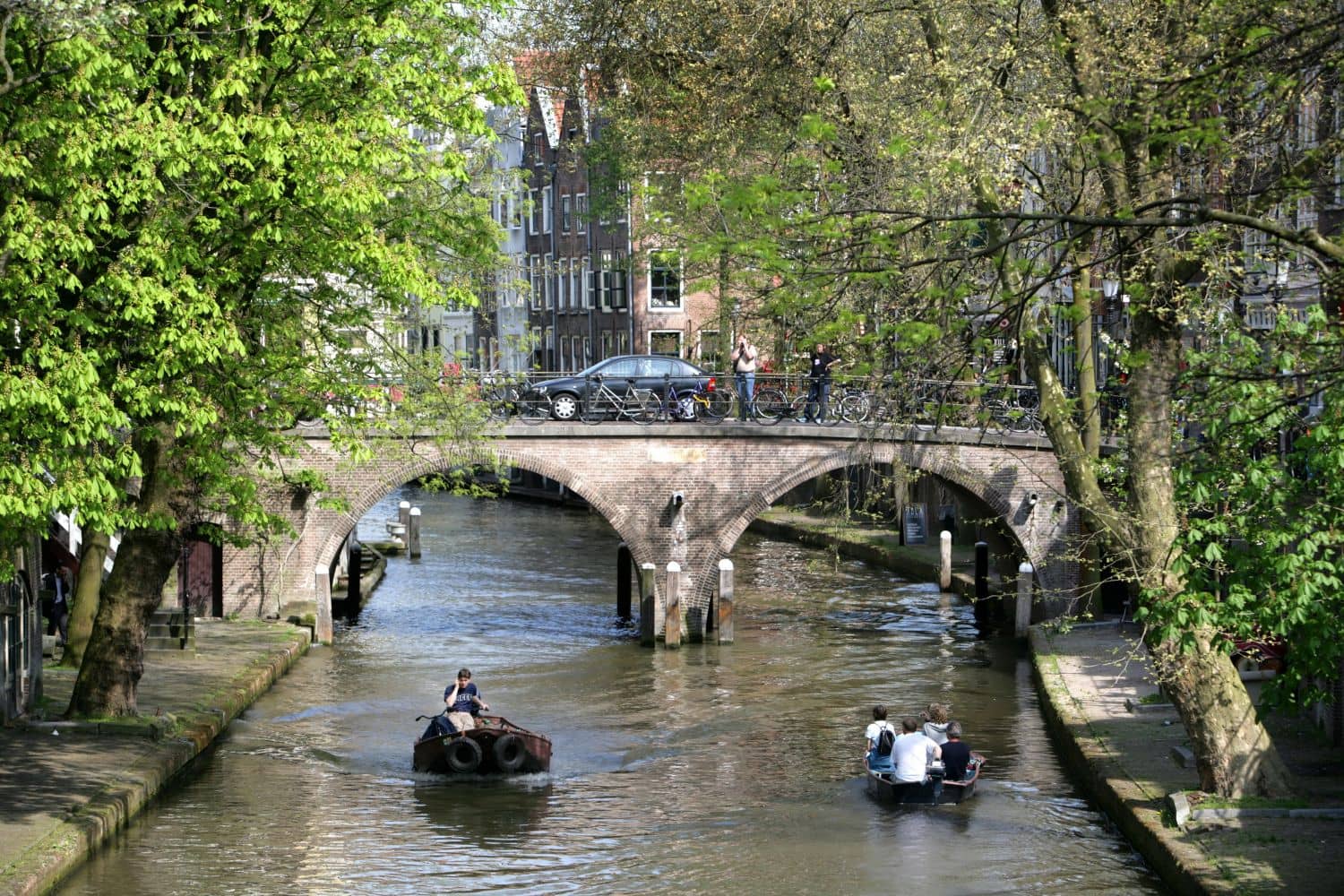 Source: Netherlands Board of Tourism & Conventions

Known as the beating heart of the Netherlands, Utrecht lives up to its motto of “healthy people, healthy minds, healthy environment.” As one of the world’s healthiest and most sustainable living environments, Utrecht provides the utmost quality for both life and business, and was twice named the most competitive region in Europe by the European Commission. 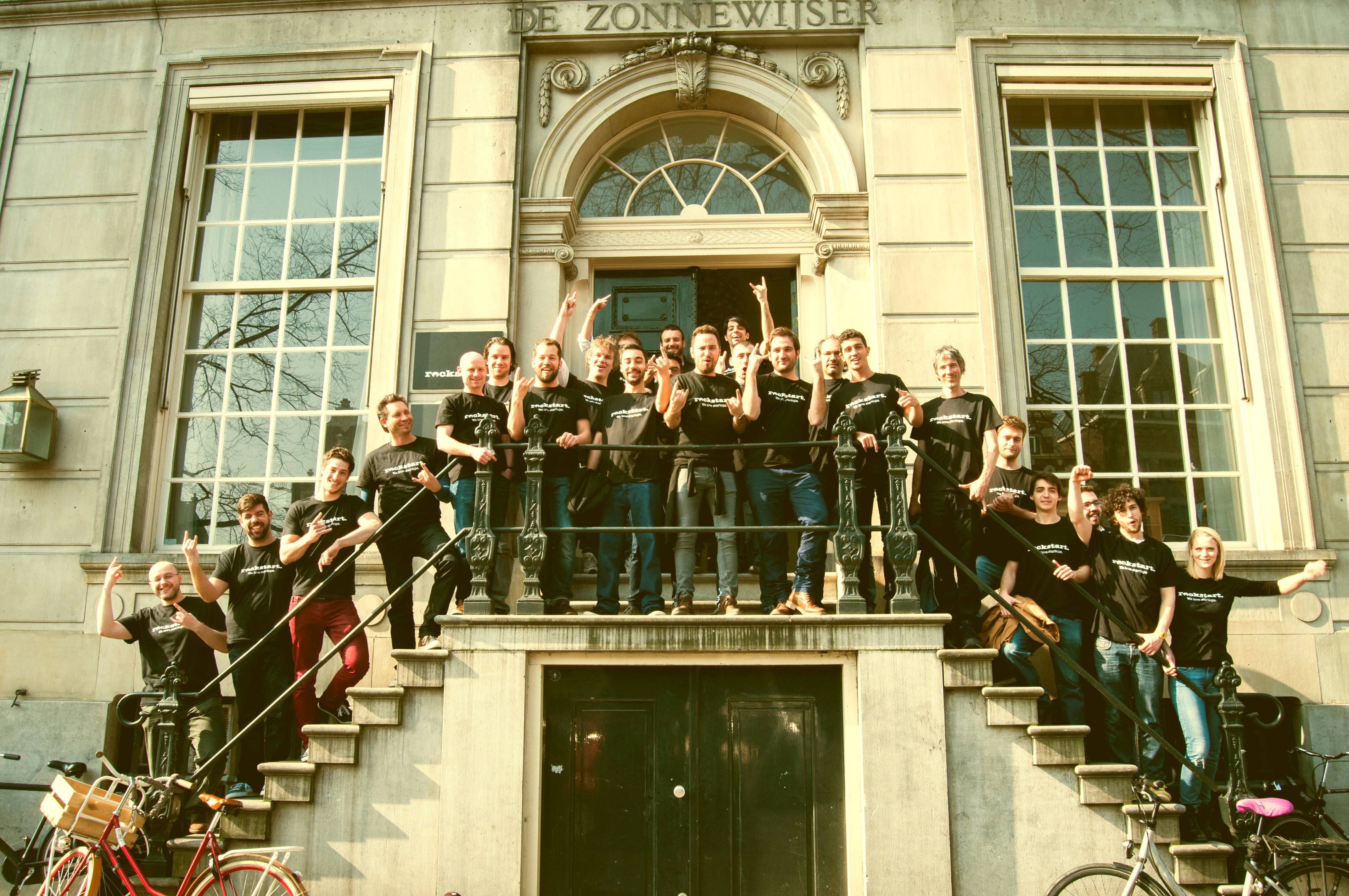 Famous among tourists for its picturesque canals, the Netherland’s capital city is also a global business destination. As the startup capital of mainland Europe, Amsterdam has all the elements necessary to turn a startup’s idea into a billion dollar business. The city is home to some of Europe’s top accelerators—like Rockstart and Startupbootcamp—and operations for high-profile companies—like Uber, Google, and Salesforce.

Amsterdam’s startup ecosystem is where unicorn FinTech company Adyen was started. Founded in 2006, Adyen is now valued at $2.3 billion and was named one of “Three Unicorns to Bet On” by Fortune. 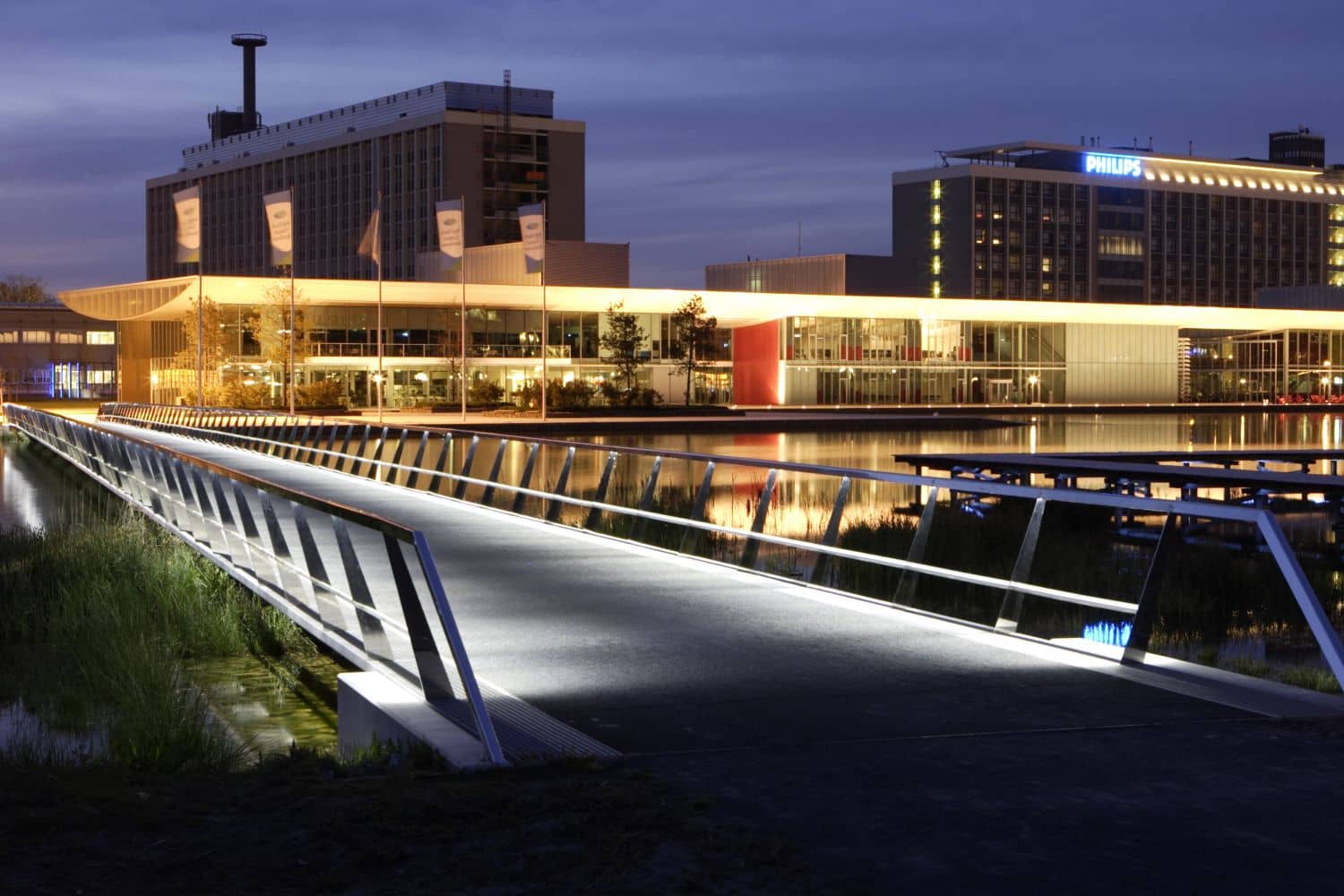 If Utrecht is Holland’s heart, Eindhoven is—true to the name of its Brainport region— Holland’s brain. Declared the “world’s smartest region” in 2011 by the Intelligent Community Forum, Eindhoven is a hub for high tech systems and design. The city has a vast network of academic and R&D facilities including the Eindhoven University of Technology and the Holst Center at the High Tech Campus, nicknamed the “smartest square kilometer in Europe.” The open collaboration within these networks has helped the Brainport region draw $2.8 billion in private innovation spending.

Interested in bringing your startup to the Netherlands? Holland has made it easier than ever with the Startup Visa, a special permit for foreign entrepreneurs. To learn more about the startup ecosystem in the Netherlands, click here and keep checking our Orange Blog throughout the year for our continued series on other leading Dutch startup cities.