“If you want to live in an incredibly fun city with a lot resources and one of the most dedicated and rapidly growing startup communities, there is not a better place than Rotterdam.”

When Cambridge Innovation Center (CIC) decided to expand operations abroad to grow its network of entrepreneurs and investors, the Massachusetts-based company chose Rotterdam in the Netherlands for its first international location, establishing CIC Rotterdam in July 2015.

Considered the largest cluster of startups in the world, CIC houses more than 1,000 companies in close to 50,000 square meters of premium office and co-working space across eight facilities.

According to Melissa Ablett, General Manager of CIC Rotterdam, CIC was looking for a new location that had the “building blocks” of an innovation ecosystem: R&D output, strong venture capital networks and the presence of universities graduating people interested in startups and the innovation economy. In short, she says, “money, ideas and talent.”

While in the process of finalizing these requirements for a new location, CIC was approached by the City of Rotterdam, which had all of these things—plus the English-speaking workforce, strategic location and excellent logistics infrastructure that CIC was looking for.

“It’s an amazing gateway to the rest of Europe,” Ablett said. “There are incredible benefits to [operating in] a country with such high English fluency when you’re an American company. It’s also incredibly well connected from a transit perspective.”

“We found this amazing gem of a city that’s about the size of Boston, nestled in an economic region that’s about the size of Silicon Valley, but has two million more people,” Ablett said. “It’s connected to Amsterdam, it’s connected to TU Delft—arguably the MIT of the Netherlands, if not Europe—and Erasmus University, which is located in the city.”

In CIC’s video Rotterdam: The Place to Make Crazy Ideas Happen, CIC Rotterdam Founder Marcus Fernhout said, “I passionately believe that CIC Rotterdam is enabling the Rotterdam innovation ecosystem to grow to its full potential and I’m extremely proud to be part of this movement.”

When asked to give her “30-second elevator pitch” to other entrepreneurs on why they should locate in Rotterdam, Ablett highlights the city’s startup community, lifestyle attributes and industry strengths, which include clean tech, logistics and life sciences.

“If you want to live in an incredibly fun city with a lot resources and, honestly, one of the most dedicated and rapidly growing startup communities, there is not a better place than Rotterdam,” said Ablett.

“And, you are literally two hours for everywhere,” Ablett concludes. “For business trips, for reaching new markets, for vacations…it’s a really great location.”

The companies at CIC certainly agree. “I really believe that Rotterdam is the place to make crazy ideas happen. Mostly that is because the community here works together,” said Teodor Cataniciu, Co-founder and Chairman, Restart Network. “I really feel this is the kind of place where you rise by lifting others.” 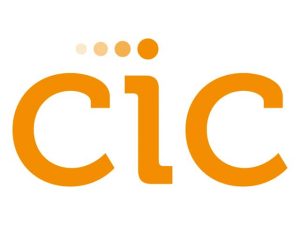 "[The Netherlands is] an amazing gateway to the rest of Europe. There are incredible benefits to [operating in] a country with such high English fluency when you’re an American company. It’s also incredibly well connected from a transit perspective." Melissa Ablett General Manager, CIC Rotterdam
Share