From receiving raw materials to exporting finished products, the Netherlands’ ports on the North Sea are global gateways to reaching European markets. Its major ports are strategically located on open sea and at the mouths of three major European rivers, the Rhine, Maas, and Scheldt. This results in convenient opportunities for shipping needs by businesses operating within the Netherlands and further into the European Union.

According to the World Economic Forum, the Netherlands is the European leader in infrastructure with innovative and sustainable practices making expansion in the Netherlands a smart choice. The Dutch also have the highest ranking seaports in the EU in terms of efficiency.

The largest port in Europe is also the smartest. The Port of Rotterdam facilitates 14.5 million TEU per year, welcoming 30,000 sea vessels and creating 385,000 jobs. All major Western European centers are just 24 hours away. Aiming to be carbon neutral by 2050, the port is embracing sustainability, digitalization and innovation.

As the “Port of the Future”, the Port of Rotterdam embraces the latest technology to help make shipping more efficient and environmentally friendly. The port’s vision also focuses on sustainable economic development, ensuring that it is bringing societal value in more equitable ways.

While the Port of Rotterdam is the biggest, other Dutch secondary ports are no less impressive. The Port of Amsterdam, is the largest port for chemical goods globally, for example, and has a specific ambitions to foster a focus on circular economy. It engages startups to find innovative ways to reuse and recycle industrial materials more efficiently.

The Groningen Seaports consist of the port of Delfzijl, Eemshaven and the adjoining industrial sites. The Seaport hosts various clustered business sites, including a chlorine-related chemicals cluster  Eemshaven has specifically been earmarked for the development of energy-related industry with large energy producers such as ENGIE, NorNed, Vattenfall, TenneT, and RWE there, which attracted Google to set up its largest data center of Europe there.

The Zeeland North Seaports in Zeeland is a multimodal port, with a strong focus on inland shipping, offering access offer multimodal transport possibilities into the European hinterland and beyond.

"Logistics is important for us. We have incoming materials from a global perspective, and so we receive raw materials worldwide and they usually transit through the ports Rotterdam. Our key customers are in the center of Europe, and the materials are brought here for processing before delivery, so we benefit from strong existing supply lines. We looked at Eastern Europe and Western Europe countries, and we finally selected the Netherlands for the reasons above." Toru Fukada President of Mitsui Prime Advanced Composites Europe B.V. 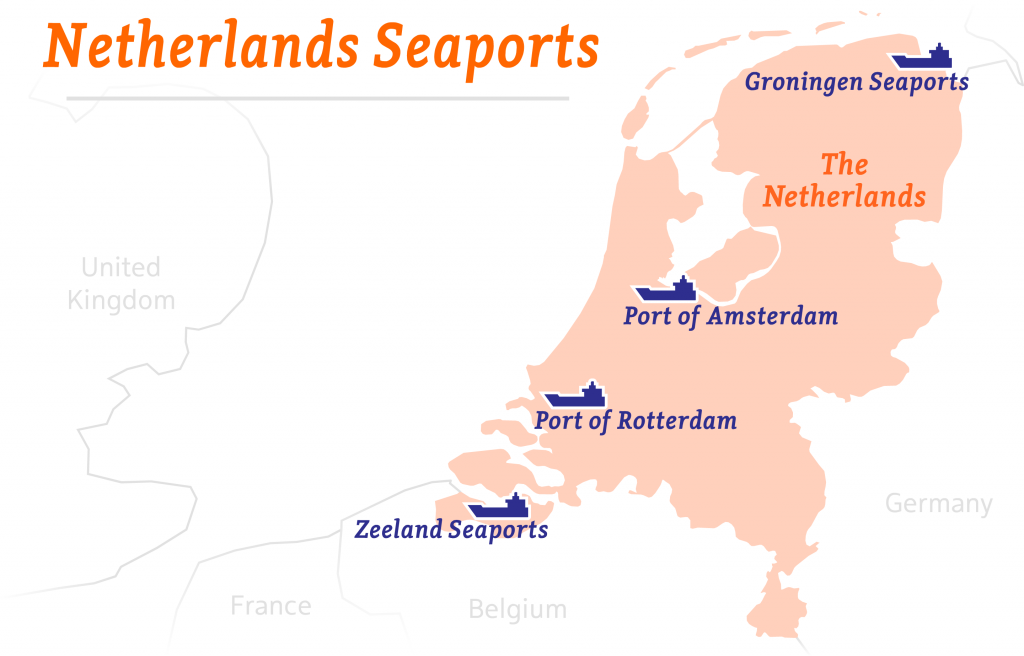