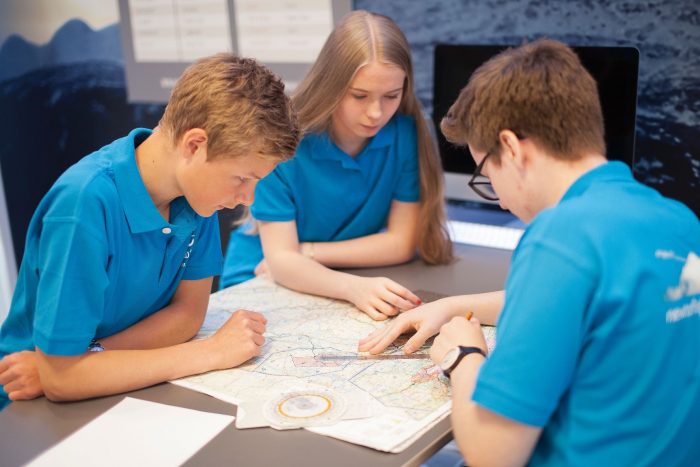 Boeing has teamed up with the Technical University of Delft to launch the first Mobile Newton Flight Academy in the Netherlands. The educational programme consists of flight simulator workshops for young students. It shows them how subjects such as science, technology, engineering and mathematics (STEM) are applied in practice for aviation.

The Netherlands is the first country where Boeing is organizing the mobile flight academy. Boeing aims to roll out the programme at various locations throughout Europe.

With the Mobile Newton Flight academy, Boeing wants to interest young people early on for a job in the aviation industry. The company expects a rapidly increasing demand for pilots, engineers and aviation technicians in the coming years.

For the TU Delft, which has one of the largest aerospace faculties in Europe, the flight academy is an opportunity to familiarize young people with research and education in this field.

During the workshops in May, students aged 10 to 14 and their teachers,  learn some basic principles about how planes fly, based on STEM skills. They receive instruction for how to make a plan for a simulated rescue and observation mission. At the end of the day they perform their flight in a real Boeing flight simulator.

Ms Tineke Bakker-Van der Veen, Managing Director of Boeing Benelux & Nordics, said: “It is important to show young people what you can do with STEM skills. For example, we show them what roles aerodynamics and physics play during a flight. Boeing places great value on the STEM learning outcomes of the Newton concept and hopes to organize more activities in the Netherlands”.

Prof.dr. Henri Werij, Dean of the Faculty of Aerospace Engineering at TU Delft, said the aviation field is becoming increasingly challenging because of the growing demand to bring air transport into line with a sustainable world. “All facets of aviation play a role here: from ultra-light, self-healing materials to futuristic-looking devices with electric motors. But also drones, space travel and robotics are discussed. Our challenge is to interest young people in these areas early on, because future talent is crucial to solve the major technological issues,” Werij said.

Boeing is the world’s largest aerospace company and leading manufacturer of commercial jetliners and defense, space and security systems.