Known as the living lab for hydrogen worldwide, the Dutch are developing, innovating and validating this green energy.

As a hub for global energy, the Netherlands takes a proactive approach in accelerating the world’s green energy transition. Dutch expertise and innovation focus on transitioning to a low-carbon energy ecosystem and a sustainable future for all, building upon a rich history in the energy sector.

More than 50 years ago, the Netherlands discovered natural gas reserves. Since then, the country has gone on to develop one of the world’s most sophisticated gas grids. Strong regional tech clusters contribute immensely to the knowledge that the Dutch have on gas storage and distribution of hydrogen.

One of the most flexible and versatile carbon-neutral fuels, hydrogen is the missing link in the global energy transition. Hydrogen has enormous potential as a clean energy (green hydrogen could meet 25% of the world’s energy needs by 2050). But, there is a substantial effort required – from increasing production capacity and demand to developing infrastructure and global logistics.

The Dutch government has adopted a hydrogen strategy to boost production and the use of low carbon hydrogen. The National Hydrogen Program (Nationaal Waterstof Programma) supports applications of hydrogen in various sectors. It helps achieve goals and agreements in the hydrogen industry, one of many initiatives fueling a green hydrogen future.

Offering innovative research institutions and talent focused on energy transition, coupled with active ports and a very sophisticated infrastructure, the Dutch are leaders in energy innovation. 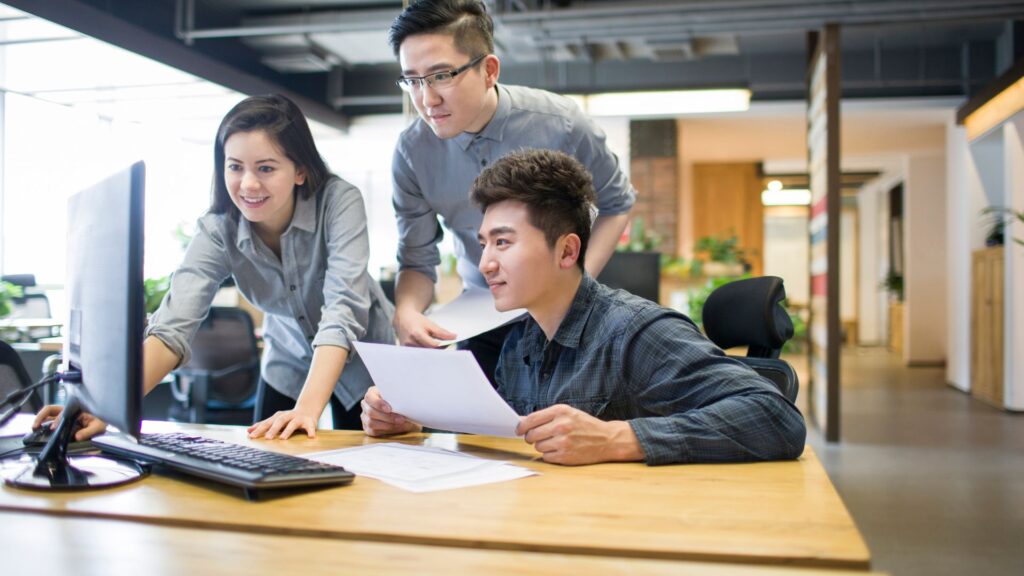 For companies looking to be a part of the leading-edge hydrogen landscape, the Netherlands offers international collaboration between knowledge institutions, governments and the business community, to develop, pilot and implement new technologies.

Industriepark Kleefse Waard (IPKW) cleantech campus is the most sustainable business park in the Netherlands. It facilitates and connects sustainable energy-related companies. Here, future solutions are being worked on together with the government, education and the business community.

The Institute for Sustainable Process Technology’s (ISPT) Hydrohub program, a large consortium of research and industry partners, is working on plans to install a ‘Gigawatt Electrolyser’ in the Netherlands before 2030. This includes a state-of-the-art open test center based at the Hanze University of Applied Sciences.

DNV, a global advisor to the entire hydrogen economy from production to end use, established a leading hydrogen innovation center on Campus Groningen. Ultra-modern laboratories and test facilities stimulate collaboration and knowledge sharing, propelling the transition of a sustainable energy system.

A hydrogen backbone in the Netherlands 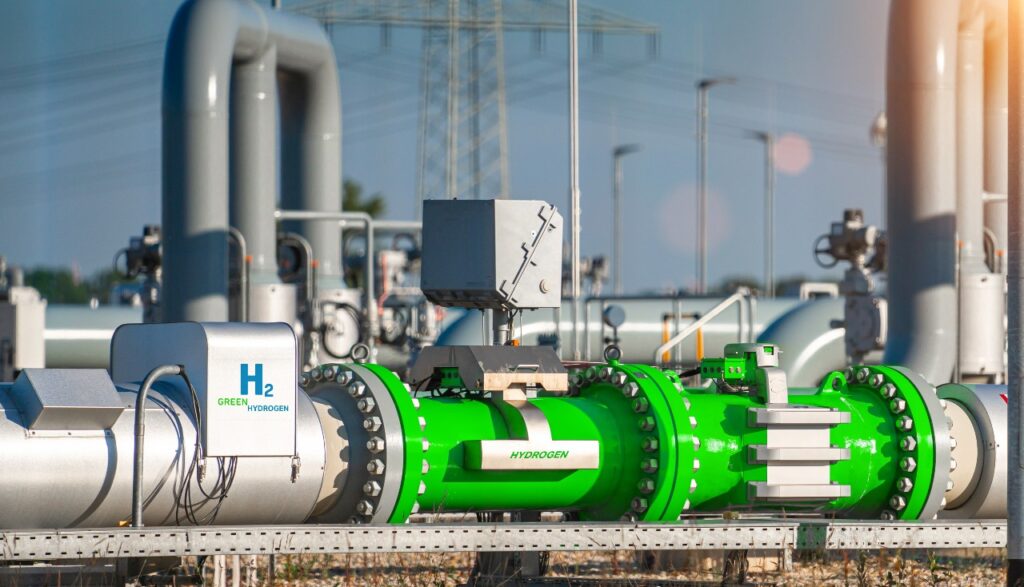 As Europe moves away from traditional energy sources, logistics for hydrogen transportation is a key focus in the Netherlands. The Dutch have more than 1,000 km of dedicated hydrogen pipelines, and the first full loop with hydrogen pipelines is being constructed at IPKW.

The country’s natural gas grid, made up of 136,000 km of pipeline, is also being retrofitted to transport hydrogen for both industries and households. This is the basis of the ‘National Hydrogen Network’, which will be ready in stages through 2031. In the future, the national pipeline network will be able to exchange hydrogen between both industrial clusters and residential areas.

Fueling stations for hydrogen are highly sought after, as transportation is one of the world’s largest emitters. Subsequently, increased investment is being seen for inland shipping stations along major transport routes. This includes a focus on personal car stations for the future.

Hydrogen power is not limited to land transportation though. The WAviatER project in the Northern Netherlands is developing green hydrogen production technology for the aviation sector and other energy applications. The Netherlands is also retrofitting coastal shipping with hydrogen.

The capacity of offshore wind in the Dutch part of the North Sea is increasing from 2.5 GW this year to 21 GW in 2030. This impressive rise, in combination with the country’s unique gas-infrastructure, offers great opportunities for the Netherlands as a hydrogen hub.

Several notable hydrogen clusters are now found across the Netherlands. The Northern Netherlands houses Europe’s first ‘Hydrogen Valley’ after receiving €20 million in European funding in 2019. This was the first region in Europe to receive the subsidy. Nearby, Hydrogreenn (HYDROGen Regional Energy Economy Network Northern Netherlands) is a triple helix initiative. It’s focused on business development for hydrogen applications. One of the network’s pilot projects uses hydrogen for residential heating instead of natural gas.

In the private sector, a consortium of Shell, RWE, Groningen Seaports, Equinor & Gasunie called NortH2 is combining all aspects of the supply chain to achieve large-scale supply of green hydrogen. Its goal is to produce four gigawatts of green hydrogen by 2030, upscaling to more than 10 gigawatts by 2040.

The Dutch-Flemish North Sea Port cluster is an important harbor to secure the long-term competitiveness of European industry in a green economy. In fact, Denmark-based Ørsted, a world leader in offshore wind energy, has ambitions to develop the world’s largest renewable hydrogen plant here with its ‘SeaH2Land’ project.

Vattenfall, part of the Dutch Hydrogen Coalition, is converting an existing power plant in the Eemshaven to hydrogen. The first of the plant’s three 440 MW units will run on low-carbon hydrogen by 2023. By converting the remaining units and switching to clean hydrogen by 2030, this is likely to become the world’s first carbon-neutral, hydrogen-fueled power.

In Delfzijl, gas grid operators Gasunie and HyCC/Nobian are planning to build one of the world’s largest electrolyzers (20MW), which would produce 3,000 tonnes of clean hydrogen each year. They are also studying options to expand its capacity to 60MW to produce sustainable jet fuel.

More hydrogen projects are being developed across other ports in the Netherlands, too, from Europe’s largest planned hydrogen plant in the Port of Amsterdam, to Holland Hydrogen I – in progress by Shell and expected to be operational in 2025. By producing green hydrogen directly in the ports, industrial companies will be able use it as feedstock helping to decarbonize.

Not only is the Netherlands an ideal location for the production of hydrogen in our ports, but the country also is set up to import large quantities of the green energy. Air Products and Gunvor Petroleum Rotterdam have signed a joint development agreement for an import terminal in Rotterdam. 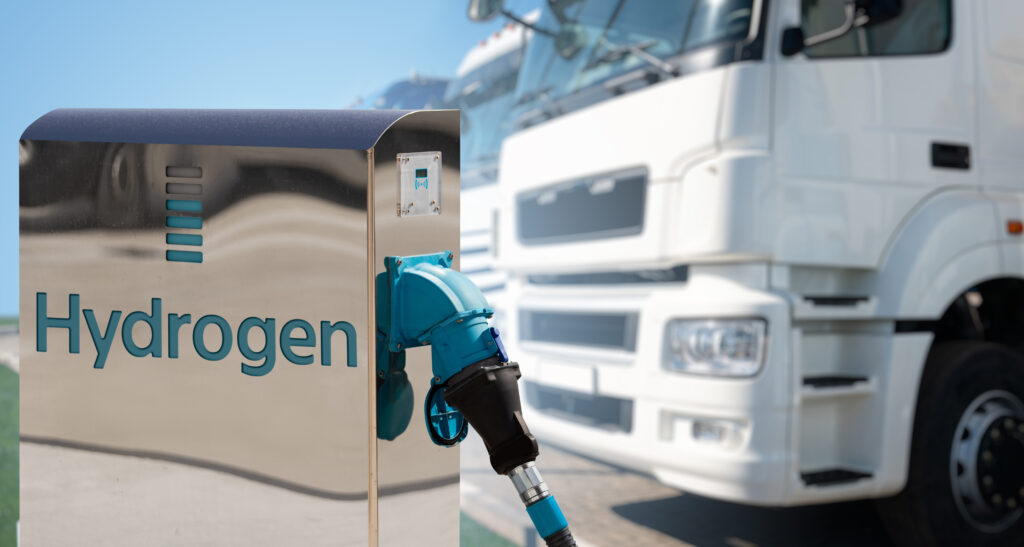 The Dutch innovation ecosystem has both fueled green technology solutions and attracted global companies to invest in Holland.

There is immense potential for companies that want to bring their expertise to the Netherlands. Or use it as a test market before expanding to the broader European market. Improving the efficiency of producing, storing, and transporting hydrogen is a global challenge, across industries. Collaborations will foster solutions.

Israel-based Electriq Global is another example. Launching its zero emission, hydrogen-rich fuel in the Netherlands, the company is powering passenger canal boats in Amsterdam. This meets the municipality requirement that all passenger vessels be emission-free by 2025.

The Netherlands aims to play a substantial and constructive role in building a global hydrogen economy. Committed to bold steps to reduce greenhouse gas emissions to zero by 2050, it is clear the leading role that hydrogen will play.

From government investment to world-class research facilities and expertise, the Netherlands is a leader in the energy transition and green hydrogen. Want to learn how your company can join our innovation ecosystem? Get in touch with your local NFIA team.