‘Kerkrade was a strategic choice for locating our distribution center'

Boston Scientific is the leading innovator in medical solutions to improve patient health across the world. The company was set up in 1979, with its revolutionary first invention, steerable catheters, and grew exponentially through takeovers and mergers. In the 1990s, a Belgian production facility was set up for Boston Scientific’s European markets. The company then moved production to Ireland, but this turned out to be not so ideal for the European distribution of Boston Scientific’s medical equipment. Thought was given to finding a suitable location and the company decided that it should be in the Netherlands. 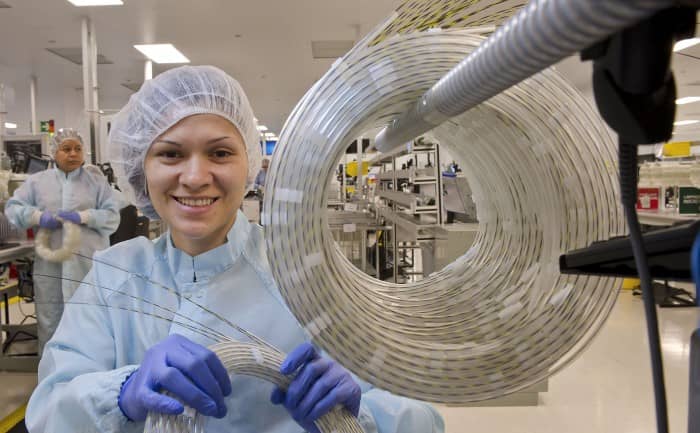 “The location was chosen as it is within easy reach of European airports such as Brussels, Cologne, and Liège,” commented Hans Willems, Vice President of Operations for the distribution center.

“Since the NFIA is connected to the Dutch government, we had a foot in the door with the Ministry. The NFIA’s offices in The Hague were crucial for us,” said Willems. Boston Scientific remains in touch with the NFIA to this day. All cash flows from the company’s sales outside the U.S. are processed through the distribution center in Kerkrade. “The head of our Corporate Tax Department frequently touches base with the NFIA regarding Dutch legislation and regulation in the financial sphere, and what any new rules could mean for us.”

Although Boston Scientific has ample room for its current business operations, the company is once again considering its options for expanding the current location. There will potentially be another opportunity for the NFIA to add value for this future decision.

"The NFIA's offices in The Hague were crucial for us." Hans Willems Vice President of Operations,
Boston Scientific Distribution Center
Share