Social impact organization selects The Hague as its European hub 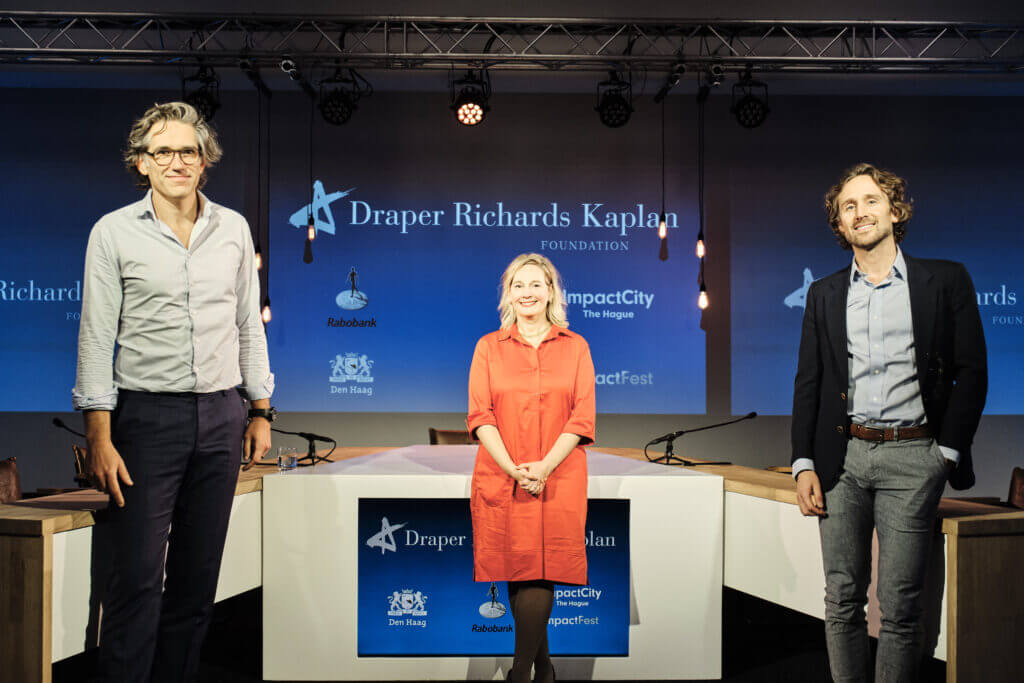 US-based Draper Richards Kaplan (DRK) Foundation has opened its European office in The Hague, the Netherlands. The organization selected The Hague as its European hub due to the city’s impact-focused business environment and entrepreneurial ecosystem. The opening of DRK’s European office was accompanied by the deployment of a new $80 million fund to support early-stage entrepreneurs tackling complex social issues in Europe and beyond.

DRK celebrated the opening of its European base at this year’s virtual ImpactFest by ImpactCity in The Hague. As the largest forum of its kind in Europe, ImpactFest connects mission-driven enterprises with investors, peers and collaborators. The annual forum also provides a platform for entrepreneurs to present solutions and share knowledge with each other.

Social impact and business growth align in the Netherlands

The impact ecosystem is growing worldwide, as an increasing number of organizations and investors are building and rebuilding their mission statements around positive social outcomes. The Netherlands boasts one of the best business environments for social entrepreneurs, ranking as the No. 4 best European country for startups. The country also ranks as the No. 7 best place to do business worldwide, according to the Thomson Reuters Foundation.

After an extensive search, DRK elected to establish its European headquarters in The Hague, the International City of Peace and Justice, owing to the city’s aligned mission. Under the banner of ImpactCity, The Hague is committed to fostering a better, more sustainable and equitable world through entrepreneurship.

“When we set out to find the right place to anchor DRK’s work in Europe, we were in search of a host city and financial institution that shared our values and would partner with us to accelerate our Foundation’s mission as we work to support as many impact-driven social enterprises as possible to make the world a better place for those most vulnerable,” said Jim Bildner, CEO of DRK Foundation.

“The City of The Hague and Rabobank as founding partners for our Dutch Stichting (foundation) are exactly what we hoped to find. They are impact focused and driven by powerful values around equity, which is exactly how we define our work and our team at DRK. We are honored to be a part of this community.”

DRK’s mission is to support the acceleration and growth of enterprises with a social impact mission for the advancement of a sustainable, fair society. This mission is well-positioned to take off in The Hague, where ImpactCity is fast becoming the leading impact ecosystem in Europe.

“In The Hague, we focus on entrepreneurs who show that economic success and social returns go hand in hand. DRK Foundation is one of the best-known funders in this field worldwide and is the ideal partner for The Hague to further build a social and sustainable economy,” said Saskia Bruines, Deputy Mayor of The Hague.

With its $80 million fourth fund, DRK is increasing its financial commitment to early-stage social impact entrepreneurs. Capital from the fund will be available to for-profit and non-profit impact entrepreneurs in the form of flexible grants, loans and equity. DRK will also take a board seat at each organization for a three-year term in order to provide early direction on mission alignment and growth.

One of the first Dutch enterprises that DRK is supporting is Safi Sana, a company that converts human and organic waste into products with added value such as electricity and irrigation water. DRK has also invested in US-based circular apparel company The Renewal Workshop, which opened its first European facility in the Netherlands last year. With the establishment of DRK’s new European base and fourth investment fund, the foundation is joining forces with Rabobank to accelerate access to growth capital for impact entrepreneurs in Europe. The Dutch bank is a founding partner for DRK Foundation in Europe.

“In order to properly support social entrepreneurs in their start-up and scale-up phase, collaboration between government and industry is essential. With the arrival of DRK in The Hague and its founding partnership with the municipality of The Hague and Rabobank, our organizations are taking a major step towards establishing the city as the Impact City of the Netherlands and Europe,” said Harry Wientjens, Director of Private Individuals & Private Banking Rabobank, Region—The Hague. “By investing in social entrepreneurs, we will ensure that we are ‘Growing a Better World Together’ as Rabobank’s mission states.”