How the Dutch Lead in Sustainability

Transportation, energy and buildings are all greener in the Netherlands

While the Dutch color may be orange, the Netherlands prides itself on green initiatives. For many years, Holland has led the world in new innovations and policies that strive to increase sustainability. Through combined efforts in transportation, energy and industry, the Netherlands’ sustainable infrastructure serves to reduce the country’s carbon footprint. In addition, Holland provides companies with renewable resources and people with an eco-friendly place to live. Here are just a few of the areas where the Dutch lead in sustainability.

Eco-Friendly Transport as a Way of Life 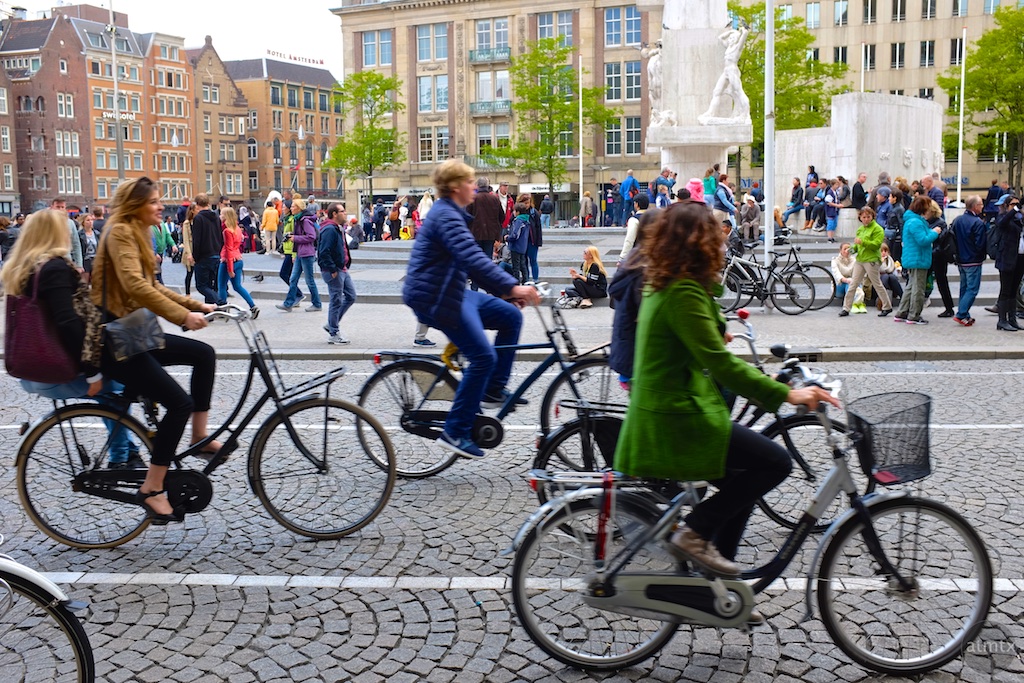 Innovation soars in many sectors, but the Dutch continue to lead in sustainable transportation initiatives. Each day, Holland moves millions of people and goods through systems designed to have a lesser impact on the environment. Home to Europe’s largest port, Port of Rotterdam, the second-best connected airport in the world, Amsterdam Airport Schiphol, and a population of nearly 17.08 million, the Netherlands’ transportation infrastructure is robust. Through public and private partnerships and government initiatives, Holland has implemented some of the world’s most sustainable modes of transport.

For instance, in August of last year, the Royal Schiphol Group announced its goal to become carbon-neutral by 2040. In an early effort, the aviation group has partnered with energy company Eneco to convert the four airports to 100% wind energy by 2018.

On the water, the Port of Rotterdam is in the process of building a waste-to-chemistry plant that will convert up to 360,000 tons of waste into 220,000 tons of green methanol. The facility will be the first of its kind in Europe and eliminate over 300,000 tons of CO2 emissions.

Perhaps the most well-known aspect of Dutch sustainable culture is the population’s effort to travel fuel-free. Home to more bikes than people, the Netherlands is one of the most successful cycling nations in the world. In addition, Holland has committed to providing 100% emissions-free busses by 2025 and removing all gas and diesel vehicles from the road by 2030, positioning the country as a leader in sustainable regional and urban ground transport.

Smart Energy for a Renewable Future 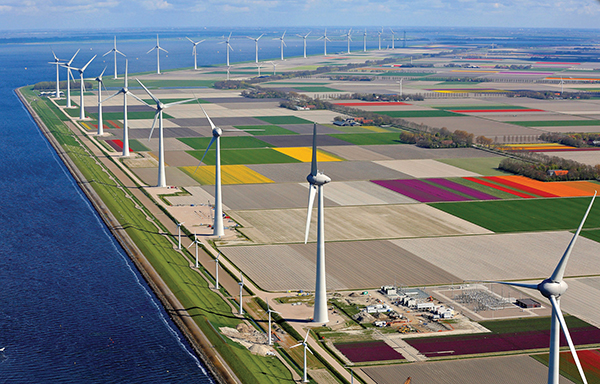 It’s not surprising that a country known for its windmills is a leader in renewable energy. The Netherlands has committed to providing 50% of the county’s electricity through sources such as wind and solar by 2025. Helping to reach these goals are Holland’s world-class institutes such as the Top Consortium for Knowledge and Innovation in Offshore Wind, the Energy Research Center of the Netherlands (ECN) and Delft University of Technology that serve as global thought leaders for renewable energy innovation.

Harnessing a century-long tradition, the Dutch continue to lead in the research and development of smart wind energy projects. A new project by the Dutch power grid and utility company, TeneT, aims to build the world’s largest wind farm on an artificial island 14 miles off the coast of the Netherlands. This revolutionary wind farm will produce more than 30 gigawatts of power – twice the amount of offshore wind power installed across Europe today. Onshore, wind farms scatter Holland’s countryside, providing power to thousands of homes and companies. In 2017, American tech giant Microsoft purchased 100% of the wind energy generated at Wieringermeer Polder, one of the largest onshore windfarms in the country, to power a local data center and exemplify the commitment of greening IT in the Netherlands.

Pioneers in solar energy, the Netherlands installed 853 megawatts of solar in 2017, growing the market by 60% in one year. In addition, more than half a million homes ran on solar power in 2017, a 40% increase from the previous year. While the popularity of solar in the Netherlands grows, so do innovative solutions for expanding mass-scale solar farms. A new development by Oceans of Energy and Utrecht University will address the land shortage problem by converting a current seaweed farm into a floating solar field nine miles off the coast of the Hague. In July of last year, Google announced the purchase of all electricity generated by the largest solar park in Holland over the following decade. The company currently operates one of its two data centers in the Netherlands on 100% renewable energy. 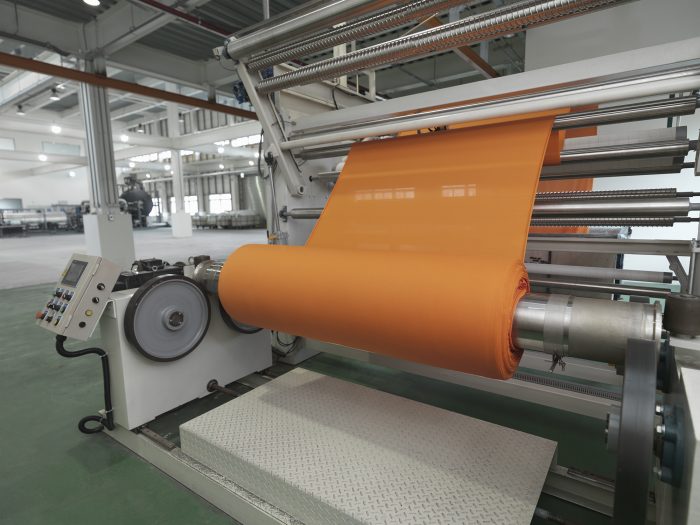 Global businesses continue to choose Holland for its eco-friendly infrastructure. Companies that choose to expand in the Netherlands often do so with the idea of reaching and exceeding sustainability goals. Two of the greatest incentives include the sustainable shipment of goods and the robust transportation system.

A prime example of global sustainability in the Netherlands is Coca Cola Industries. Since the 1950s, Coca Cola has been working to reduce its impact in Brabant in the Netherlands. One of the company’s notable regional projects includes the construction of a joint wastewater treatment plant. Along with Brabant, Coca Cola has reduced water consumption and redeploys high-quality water back into the city.

Another company making green strides in Holland is NIKE. NIKE has a commitment to the athlete and the planet which has been brought to life in the Netherlands. In 2012, the company entered a strategic partnership with Dutch company DyeCoo, developing the world’s first waterless textile dyeing machines.

With a National Environmental Policy Plan in place for more than 20 years, the Netherlands has a commitment to sustainability. The country continually strives to stimulate renewable energy innovation and leads efforts in emission-free mass transport. Moreso, the Netherlands offers sustainable solutions for its environmentally conscious population and companies that choose to call the country home. If you are looking to make a big impact with a small footprint, make the choice to invest in Holland. Contact us today.