In light of Brexit, an increasing number of financial services companies are choosing to invest in Holland 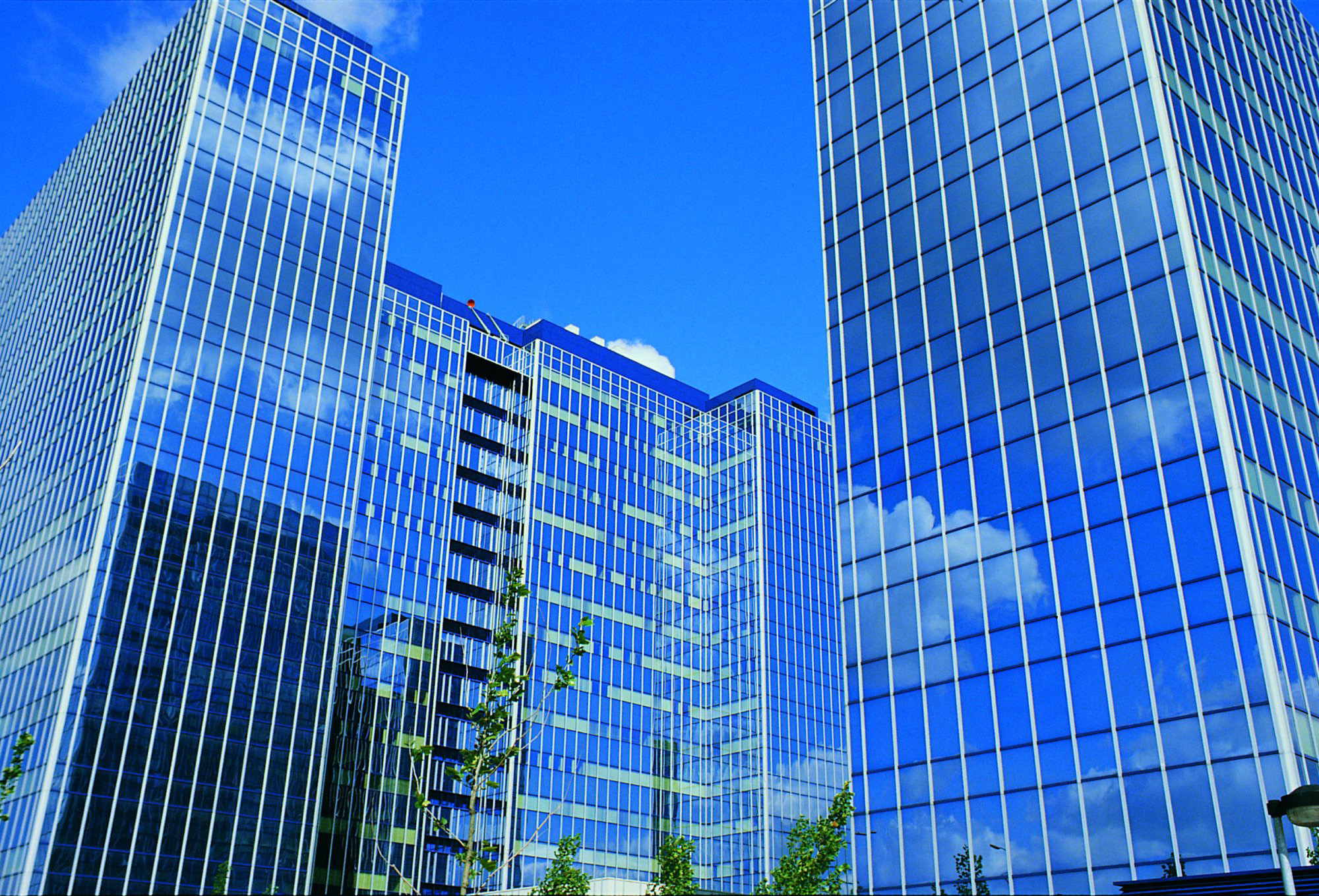 As uncertainty around Brexit continues, financial services companies with operations in the United Kingdom are looking for alternatives. In fact, firms are looking to potentially setting up operations elsewhere in the European Union (EU) to secure access to EU market licenses.

With 27 countries remaining in the European Union (EU) when the United Kingdom leaves, it seems financial companies have a range of options to choose from. Banking Tech recently named the Netherlands a global frontrunner for fintech innovation and a growing number of companies seeking a stable alternative in the EU have continued to choose the Netherlands. Among the list include top financial services firms like Azimo, MarketAxess, UK P&I, Bloomberg, Cboe, Tradeweb, Norinchukin and more.

With so many options on the table, why did these companies end up in the Netherlands? Below we explore four reasons why global financial services firms choose to invest in Holland. 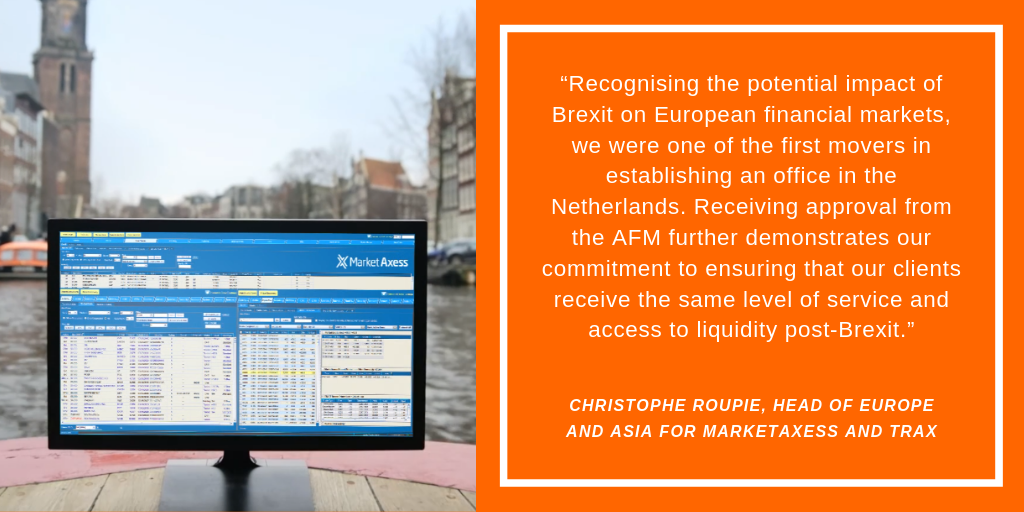 A smooth transition and business stability are likely top of mind for any type of company making Brexit-related decisions. For financial services firms specifically, gaining approval from local financial regulators is also key to continuity. The Netherlands has two knowledgeable regulators, with whom companies can do business in English: the Dutch Authority for the Financial Markets (AFM) or the Dutch Central Bank (DNB). In fact, Norinchukin, one of Japan’s oldest banks and one of the 40 largest banks in the world, chose to relocate to the Netherlands to get ahead of Brexit specifically. In early 2019, the bank announced it was making its move in response to the United Kingdom’s announcement and other changes in the economic environment in Europe.

Similarly, one of the world’s largest exchange holding companies, U.S.-based Cboe, also announced plans to establish a new venue in Amsterdam to ensure the company is well-positioned in light of Brexit.

Mark Hemsley, President of Cboe Europe, stated, “We believe that the Netherlands is supportive of competitive and open financial market infrastructure and we feel Amsterdam is a fantastic location to establish our EU venue.”

2. The Dutch Workforce is Among the Top in the World 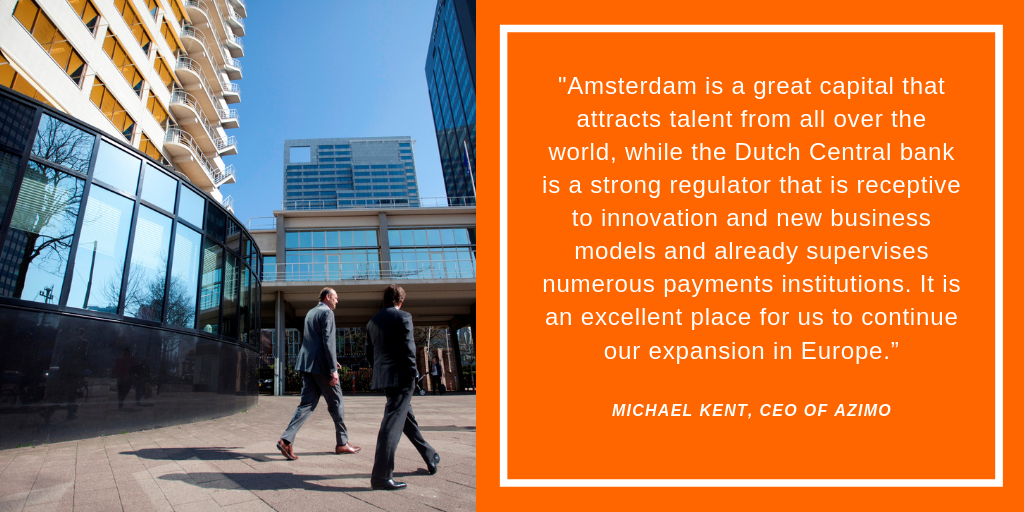 As all companies know, it’s a necessity to have access to a skilled and robust talent pool that will support future growth. The good news is that when financial companies evaluate the Netherlands, they can successfully check-off the talent box. Today, the Dutch workforce is among one of the most educated and productive in the world, with more than 90% of the population fluent in English.

International students in the Netherlands also play a unique role in supporting and diversifying the Dutch workforce. Their decision to plant roots in Holland after completing school is a welcome contribution for multinational companies as well as our country’s vibrant culture.

3. The Netherlands is One of the Most Connected Countries in the World 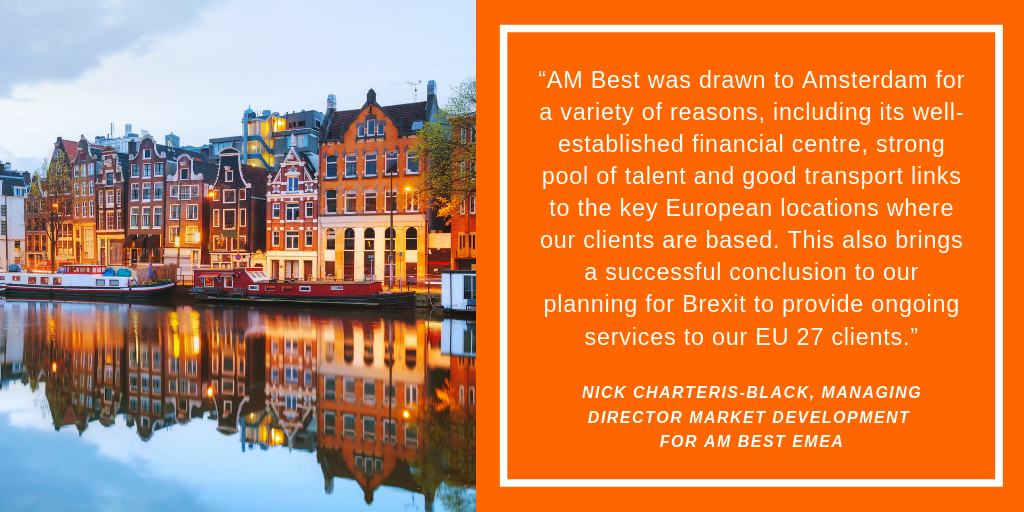 No matter how Brexit unfolds, the Netherlands continues to be a great place for financial services firms to be close to European consumers. It’s also a lucrative choice to roll-out continental EU strategies. For example, financial services companies that locate in the Netherlands gain access to 160 million consumers within 24 hours of Amsterdam or Rotterdam. The rest of the world is within a short reach too. From Amsterdam Schiphol Airport, you can directly reach 322 worldwide destinations, with regular daily flights to Singapore, New York and London. Additionally, the Netherlands is the world’s digitally most connected country, according to DHL’s Global Connectedness Index and houses one of the biggest internet exchanges in the world: AMS-IX.

In other words, if your company wants to stay connected―physically or digitally―there’s no better place to invest than Holland. 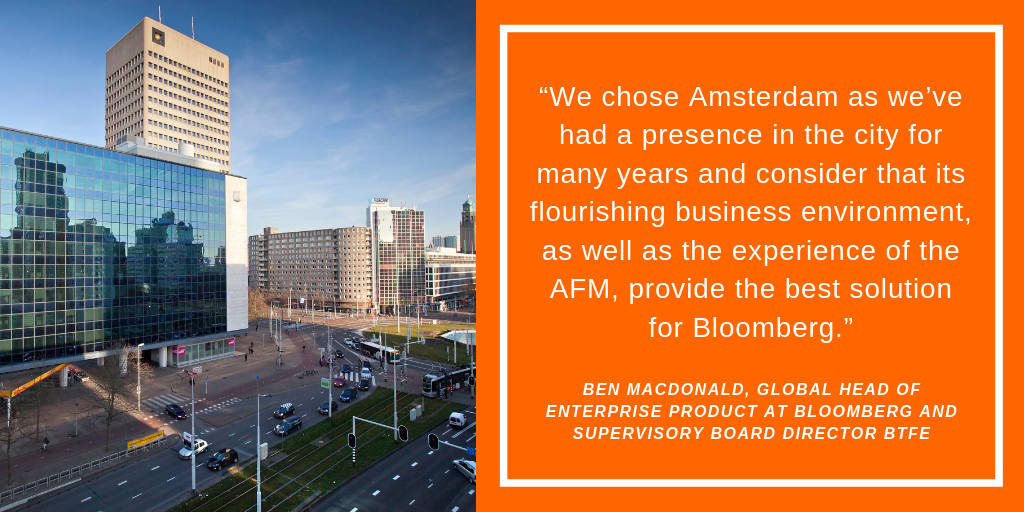 In addition to being connected to today’s top global markets, the Netherlands is also a favorable business destination in its own right. We not only have a welcoming and open international culture, but the Dutch also have an affinity for innovation that permeates all industries. In fact, the Netherlands is very attractive for global businesses operating at the forefront of information and technological developments. Holland has even been ranked among the top four “Best Countries for Business” by Forbes for the second year in a row.

That’s part of the reasoning why Azimo moved to Holland in April 2019. Michael Kent, CEO of Azimo, even stated, “Outside the UK, (the Netherlands) is the best place to grow a fintech company in Europe. It offers a welcoming culture open to innovation, access to talent, a thriving banking sector and a strong regulator.”

Further proof of the Netherlands as an up and coming Fintech Hub are Holland Fintech and Amsterdam hosting Europe’s edition of Money2020. Holland Fintech, an independent ecosystem welcoming all actors in the financial value chain. With 471 companies already being members of Holland Fintech, mostly consisting of startups and scale-ups, it represents the ambitions of the Dutch industry to drive innovation and growth in the financial sector. This thriving community is again reflected in Money2020, the largest Fintech event in Europe, that will be opening its doors for the 4th Amsterdam edition this week on 4th of June.

Looking Ahead: A Bright Future for Financial Services Firms

As we look ahead into the unknown that is Brexit, it’s evident that companies may need to make a choice about their operations in the UK. If your company is searching for a stable and forward-thinking business environment to call home, the Netherlands offers one of the best alternatives in Europe.

Still don’t believe us despite the dozens of financial services firms relocating or expanding in the Netherlands? Take this message directly from Jeroen Nijland, Commissioner of NFIA.

“We are located in the heart of Europe, have great access to an English-speaking talent pool, and excellent international digital and transport connections. With uncertainty due to Brexit, we welcome companies looking for an alternative and stable location as their new business base.”

Right now, there are more than 250 companies in talks with NFIA about relocating operations to the Netherlands. Ready to join them? Contact us for more information.