Nippon Express is Building a New Warehouse in the Netherlands

Logistics giant is doubling its capacity near Schiphol Airport in Amsterdam 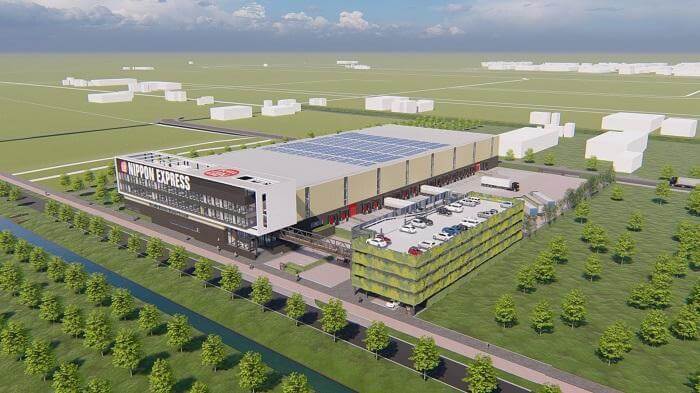 Offering more than twice the space of the company’s existing facility, the new warehouse is being erected in Schiphol Trade Park near Amsterdam Airport Schiphol, one of Europe’s key hub airports and leading link in the Dutch logistics and distribution ecosystem.

Construction was officially started on 3 August and the warehouse is expected to be operational in July 2021. The warehouse will feature 19 truck docks, a ULD handing system, full CCTV coverage, and a solar panel array. Activities at the facility will include air and ocean cargo import/export CFS operations, removals operations, and cross-dock operations.

Distribution of pharmaceuticals and semiconductors

In anticipation of dealing with semiconductor-related equipment and other heavy or long-length cargo, a ULD handling system will be introduced to enable the facility to process 20-foot pallets. The roof will be outfitted with a 60m x 55m solar panel array to make the facility more eco-friendly.

In a press release, Nippon Express stated that it will continue meeting the increasingly sophisticated and diverse needs of its customers as it steps up its efforts in the forwarding business and in the pharmaceuticals and semiconductor industries.

Nippon Express in the Netherlands

Nippon Express (Nederlands) has had operations in the Netherlands since 1977. In addition to the Amsterdam warehouse, Nippon Express has a major distribution center in the Port of Rotterdam.