Photonics Shines in the Netherlands

With a bright history of innovation, the Netherlands is at the forefront of the groundbreaking integrated photonics industry

It’s all around us and we take it for granted – but not the Dutch. Light. While most of us simply switch it on or off to read a book or go to bed, the Dutch are working tirelessly to exploit photons, the particles of light that hold the key to the future of technology. This is especially the case with integrated photonics, where light is manipulated at the nano-scale.

The emerging field of integrated photonics has roots in 1960s, with the first laser invented in California, but developed quickly throughout the 20th century. Largely restrained to telecommunications applications – notably in creating fiber optic internet connections – integrated photonics applications beyond communication have only recently emerged, with the Netherlands as the epicenter of the movement.

Applications will find their way into every aspect of life, from doctors’ visits and crop harvests to internet networks and self-driving automobiles. In the Netherlands, innovators are looking to photonics to generate 4000 full time jobs and more than one billion euros of revenue by 2026, and that’s just the beginning.

The Dutch prowess for efficiency, problem-solving and sustainability are behind the push for photonics innovation. The applications born from these innovations will do for the world what the electrical transistor did in the 1940s, just better and more efficiently. By substituting the radio waves of radar with light detection, creating LIDAR, lasers and light detection can be used to guide self-driving automobiles, for example. The essential technology already exists, but Dutch innovators continue to push the limits of their applications and perfect them.

Moreover, the Dutch penchant for creating a sustainable future helps support research into photonics. Researchers agree that applications of photonic technologies will lead to a greener future with less dependence on carbon-emitting energy sources. Understanding the potential impact of these technologies across all industries is pivotal to ensuring a brighter future, and the Netherlands is the epicenter of it all. 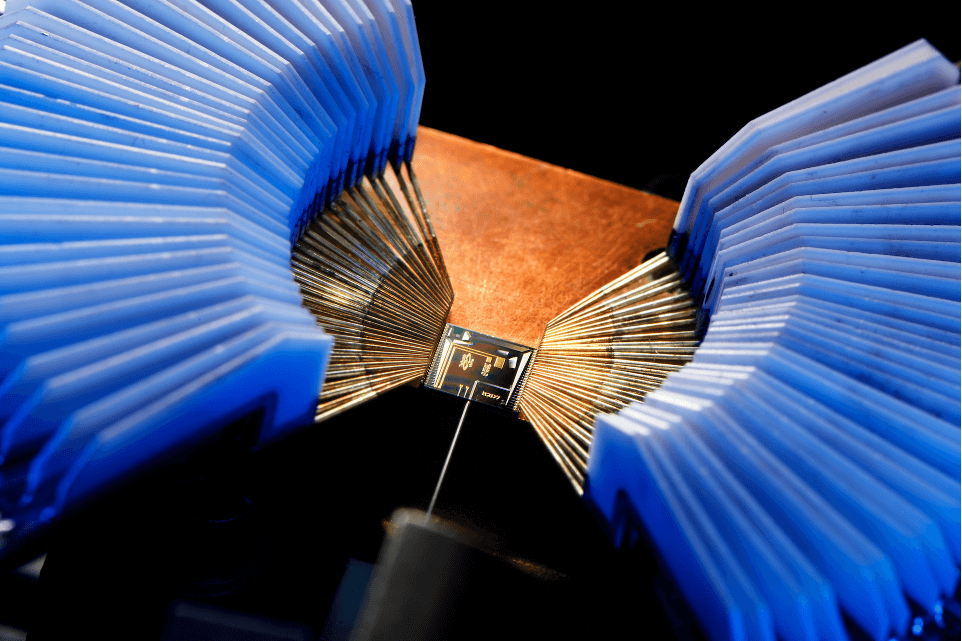 Netherlands at the helm

PhotonDelta, located in High Tech Campus 41 in Eindhoven, is the Netherlands’ answer to integrating photonics on a larger scale. Bringing together all components of photonics supply chains, from researchers to distributors and everything in between, the public-private partnership formed over 25 years ago leads European innovation and development in photonics technology.

The Netherlands already boasts opportunities for engineers in design and development, chip fabrication, and component vendors among other elements of integrated photonics. It’s all part of a 236 million euro investment by the government, research centers, and the private sector lasting through 2026 to help encourage growth and inspire further investments in the field.

The center even has a dedicated incubator, PhotonDelta Startup Studio, to promote photonics innovation for fledging enterprises. Along with its Photonic Integration Technology Center and the PhotonHUB Europe program helping European companies to produce photonic technology at scale, PhotonDelta is leading the way in this ever-brightening field.

The Netherlands’ track record in innovation across nearly every industry has been proven again and again. The next step is a natural one for Dutch innovators who excel at tech-based problem solving and applications in the real world. With its international workforce, thanks to its location in the heart of Europe, as well as its powerful digital infrastructure, the Netherlands is poised to be a successful choice for any company interested in photonics applications. 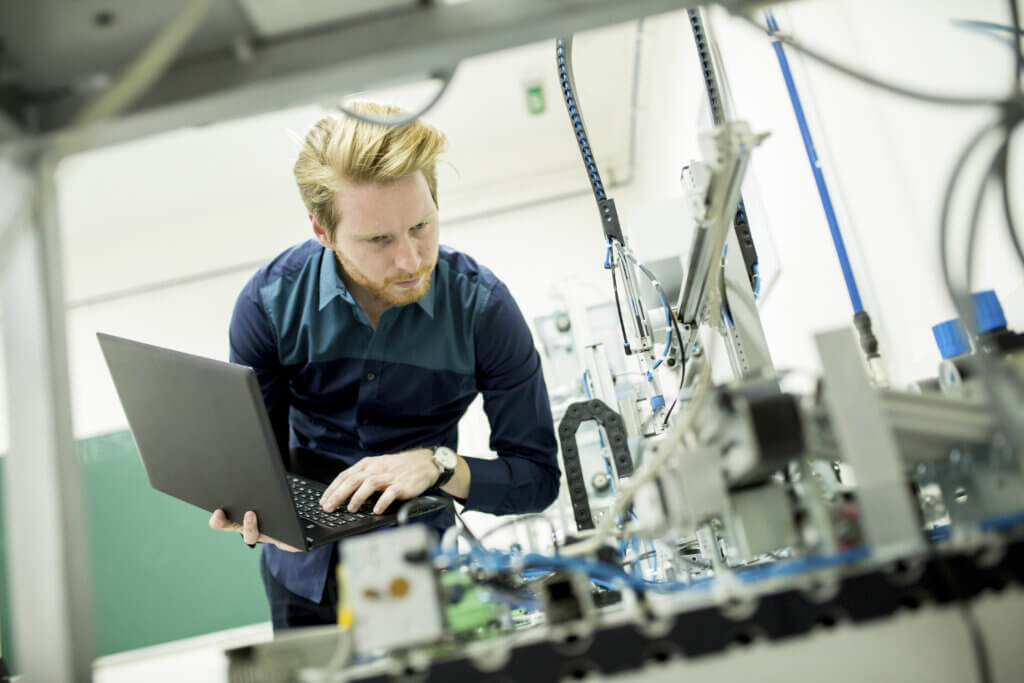 Results speak volumes, and photonics in the Netherlands has already produced illuminating results and scalable technologies. While big names like Airbus are using photonic technology to enhance their satellite communications, Dutch-born Mantispectra is paving the way for even more practical applications. In a futuristic bid to bring scientific analysis into the hands of even the least scientific person, the startup is using a photonic chip to create an extremely low cost and small optical scanner that can be used just about anywhere.

The company, which benefited from resources at PhotonDelta, believes its tool, once completed, will have applications across fields from agri/food to healthcare. Farmers, for example, will easily be able to scan produce to learn optimal times for harvesting. It seems straight out of the cinema, but in the Netherlands, such future-oriented thinking is just another day at work. 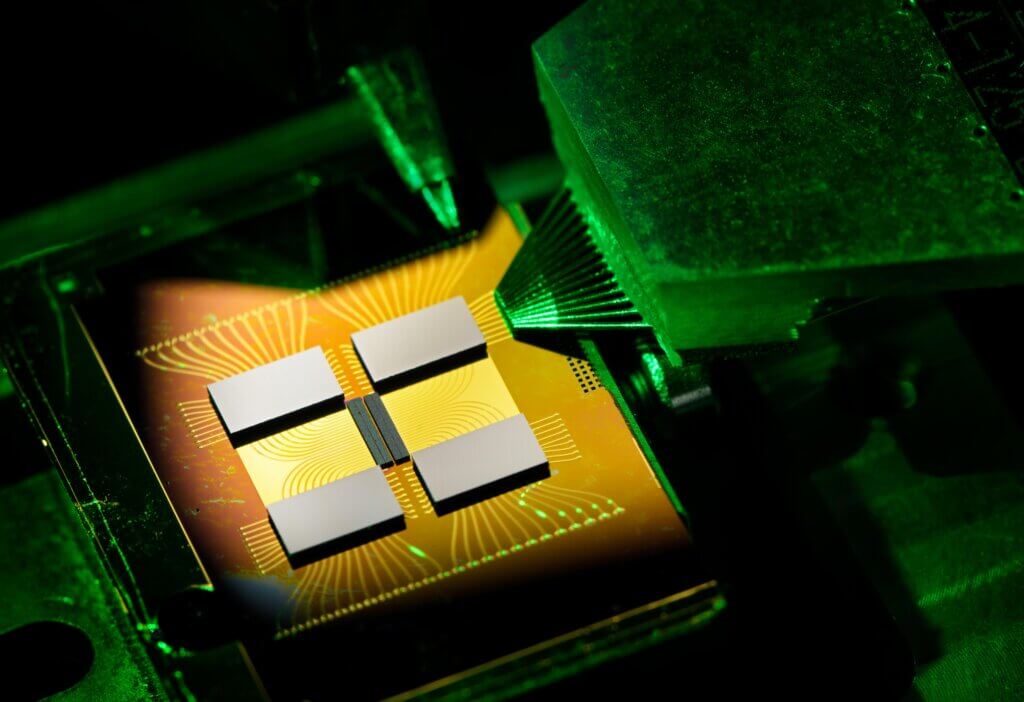 A driving force behind these developments is a strong network of research institutions partnering with industry actors. With consumer product giants like Philips and Swedish-born Saab, or Dutch semiconductor powerhouse ASML investing in integrated phonics, there is a wide network of industry partners available.

“The Integrated Photonics cluster in the Netherlands is quickly becoming a world-class hot spot thanks to the leading-edge design, development and manufacturing capabilities combined with substantial, focused investments to further strengthen the engineering capabilities and scale-up the overall industrial capacity,” said Frits van Hout, Chief Strategy Officer and member of the Board of Management at ASML.

For companies in all industries looking to tap into this array of technological applications emerging from photonics, the Netherlands awaits. Dutch innovation is once again paving the way – or rather, lighting the way – for a more efficient and sustainable future. Get in touch with NFIA and Netherlands Enterprise Agency to learn more about becoming a part of this innovative network. Or inquire if you are looking to tap into R&D partnerships or financing for European research projects through the Horizon 2020 program.