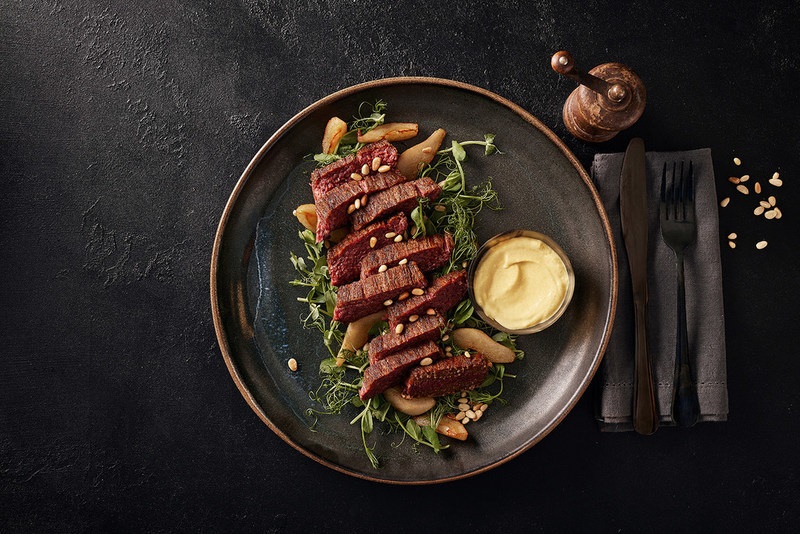 The Israel-based producer of plant-based meat, Redefine Meat, is setting up operations in the Netherlands to serve the growing demand for sustainable meat products in Europe. The food innovator has located in the town of Best, amidst several food innovation companies in the Dutch agrifood ecosystem. It plans to start production by the end of the year.

Redefine Meat explains its ambitions in a press release: ‘With European expansion, the company solidifies a roadmap to become the world’s largest meat company, harnessing technology instead of animals’.

Founded in 2018, Redefine Meat creates meat products using plant-based ingredients and technology such as 3D printing. Working closely with global chefs and meat experts, Redefine Meat has created a new type of meat, ‘New-Meat’. The company says the flavor, taste and texture is similar in quality to animal meat but is good for the environment and kind to animals. In addition, the New-Meat products are innovative in the plant-based industry because they go beyond today’s alternative meat products to whole cuts, the company says.

Eshchar Ben-Shitrit, CEO and Co-Founder of Redefine Meat said: “Over the past few weeks at COP26, we’ve seen world leaders commit to landmark goals such as the elimination of all deforestation by 2030, which requires a significant reduction in global meat consumption. Redefine Meat has its eyes set on the real problem – not meat, but the way it’s produced. We have a genuine solution that today, not in 2030, preserves all the culinary aspects of meat we know and love, but eliminates cattle as a means of production.”

Contributing to the plant-based protein revolution

Redefine Meat joins various other international food innovation companies in the Netherlands, including Meatless Farm and Beyond Meat. Together with home-grown Dutch companies and research institutes, they are pioneering in the transition to plant-based proteins, contributing to the future of food.

Redefine Meat was assisted in its location choice by the Netherlands Foreign Investment Agency and the Brabant Development Agency, both members of the Invest in Holland Network.