Celebrations are being had at Pall Medistad in Medemblik. The biotech company, which is part of a large American conglomerate, is growing rapidly. In order to be able to continue to meet all demand, a new building of no less than 3,500 m² will be built this year. The expansion will mean a big boost for North Holland, a province north of Amsterdam.

Pall Corporation is specialized in high-tech filtration, separation, and purification, serving the diverse needs of customers across the broad spectrum of the life sciences and industry.

The Dutch manufacturing facility, working under the brand name Pall, mainly produces disposable plastic bags in which medicines are made, with the associated filters, connectors and hoses, explains director Bart Goossens. 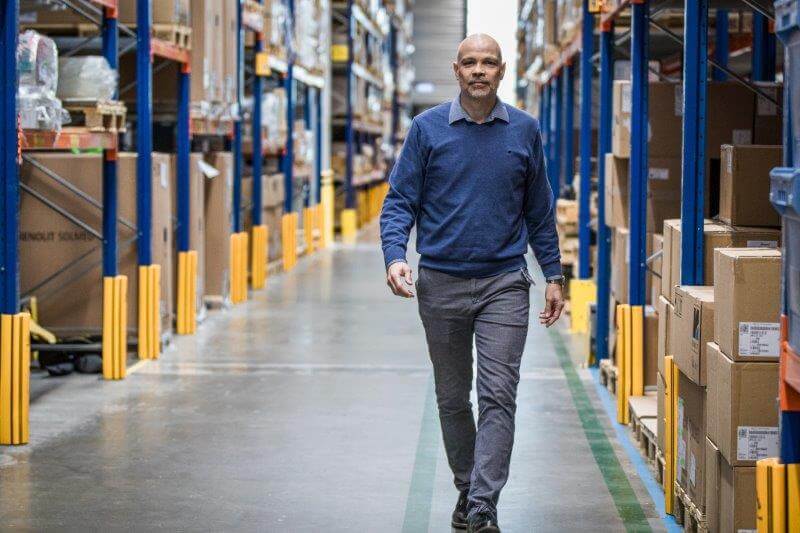 “Medicines and vaccines are traditionally made in boilers. These boilers have to be meticulously cleaned every time. We make disposable bags that manufacturers can hang in the boilers and in which they can produce medicines and vaccines and – in addition – dissolve, mix, or store powders and liquids. When a batch is ready, manufacturers can easily remove and replace the bag. As a result, little cleaning and validation is required, and the switchover time between the production of different types of medication is much shorter. That helps pharmacists save costs, but this also means that they can get their products to market much faster as well.”

Bart Goossens joined Medistad Medical in 2011. “At the time, this company was 90% focused on the medical market. We mainly made infusion bags for administering medicine, blood, and food. In the meantime, we were tapping into a new market with products for biotechnology. In hindsight, we had made the right strategic choices at exactly the right time. One of our biggest customers in that segment was Pall. They were growing and wanted to strengthen their position in the market. We had the knowledge and assembly facilities.

In 2013, we were incorporated into their company, and they became our parent company instead of our client. Things have been moving quickly ever since. Pall’s production facility has moved here from England. Seven years later, we have almost completely converted to biotechnological products and are hardly making any products for the medical market any more.”

Pall is a success story in the fast-growing, diverse and innovative life sciences and health community in the Netherlands. The sector is on the rise: in the last ten years the sector investments have doubled in size and as a result the business climate of the Netherlands is a magnet for international life sciences companies and top talent.

Pall Medistad supplies all the major pharmaceutical companies in the world, says Goossens.

“Last year, we passed 100 million euros in turnover. This year, we expect to book over 120 million euros. We have been growing by around thirty to forty percent for four consecutive years. This is because pharmacists are switching en masse to single-use products. It makes me proud that we have shown that, within a large organization like Pall, we can run effortlessly and cope with exponential growth. Moreover, we were able to do this without overtaxing our staff. On the contrary. They remain motivated to work here and enjoy what they do.” 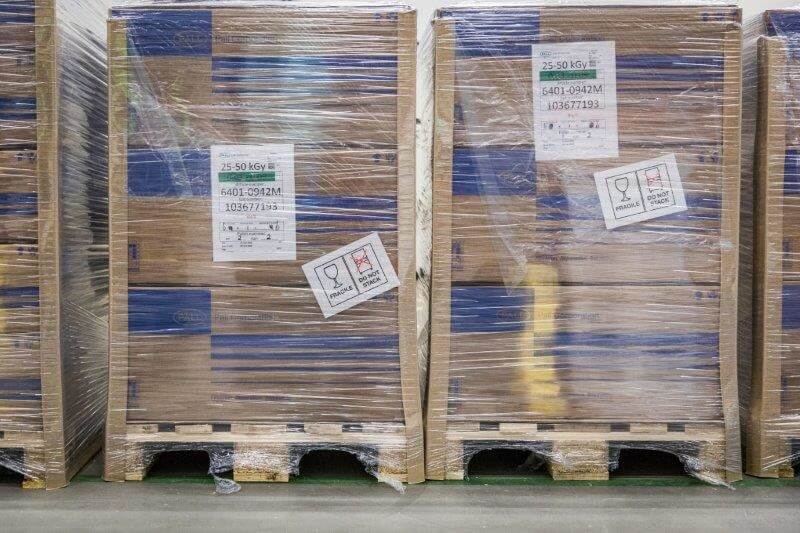 Pall Medistad employs more than 450 people from the Netherlands, Spain, Portugal, Bulgaria, and Poland. Over the next four years, the workforce is expected to grow by 150 to 600. The company is the largest employer in the municipality of Medemblik and is constantly looking for new people.

“We are mainly looking for clean room operators, but we also need technicians and logistics staff.  I hope that people from our own region in particular want to apply for a position with us. We have our own internal temp agency run by a leading Dutch agency that recruits, screens, and selects new staff for us. Temporary workers have a good chance of finding a permanent job after just a few months. This year, we’re going to be employing another thirty or so people on a permanent basis.”

The majority of the employees work in one of the clean rooms. Those clean rooms are completely enclosed spaces where everything is sterile. Here, staff assemble the products following manufacturing drawings, Goossens explains.

“Our production process is very difficult to automate, so almost everything is done by hand. Each product is different and most have a small print run; our minimum order size is six units. Nothing is routine. The chance of an operator making the same product again is small. Everyone can do it. You need to be able to work accurately and read drawings, from which you assemble the product. There’s a new puzzle to solve every time.” 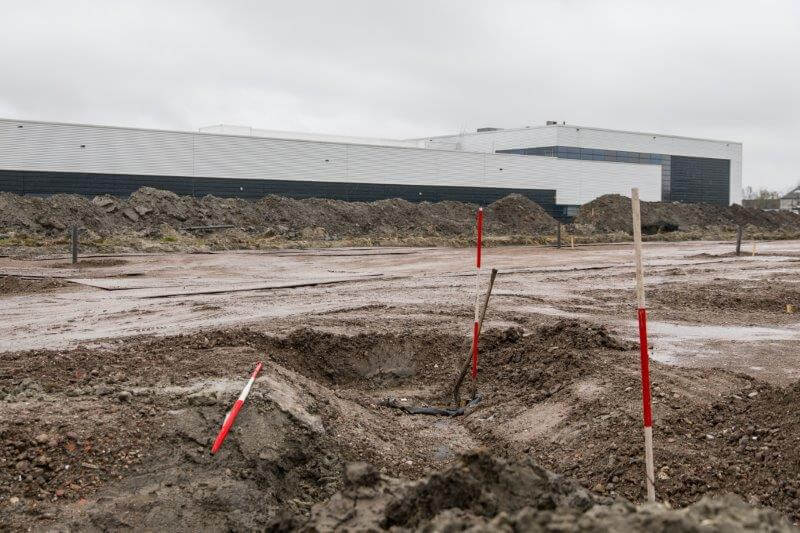 In the coming months, 700 poles will be erected for the new building next to the current building. This will include a fourth clean room, changing rooms, logistics space, offices, and a new canteen. A new car park with 125 parking spaces will also be constructed. The new building will open in February 2021. The decision to expand in the Netherlands was a long process, says Goossens.

“Our branch in Medemblik is one of Pall’s forty factories worldwide. We had to come up with a good business case as to why the head office had to invest here and not elsewhere. With the help of Development Agency NHN, we made a bid book to show that Medemblik is a good location, with a municipality that wants to cooperate regarding the permit process, available land, and a labor market that can absorb the growth.”

Development Agency NHN, part of the Invest in Holland network, helped us outline the right context for this. In the end, we spent about nine months getting all the signatures, right down to the signature of Pall’s CEO. That was the stress process, but now we can celebrate. We’ve shown what we’re capable of here, and they’ve shown their appreciated with this investment.” 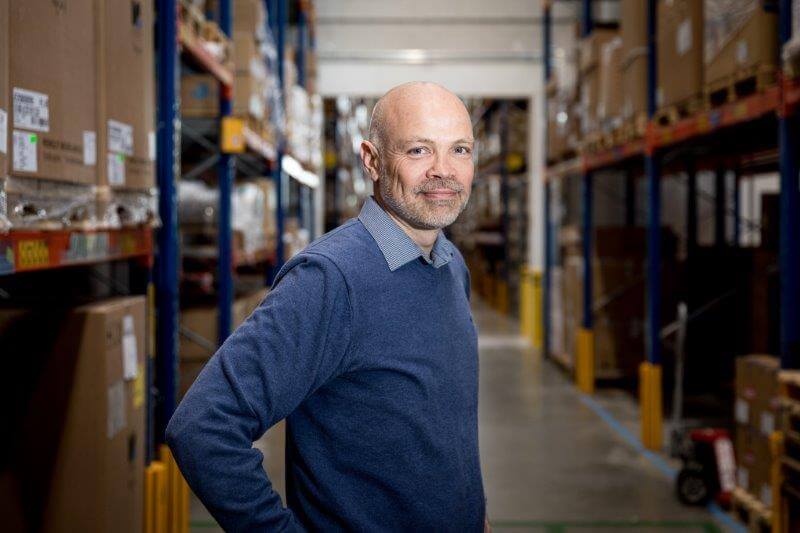 "Medemblik is a good location, with a municipality that wants to cooperate regarding the permit process, available land, and a labor market that can absorb the growth." Bart Goossens Director Pall Medistad, the Netherlands
Share