Merck Recognized for Responsible Entrepreneurship in the Netherlands 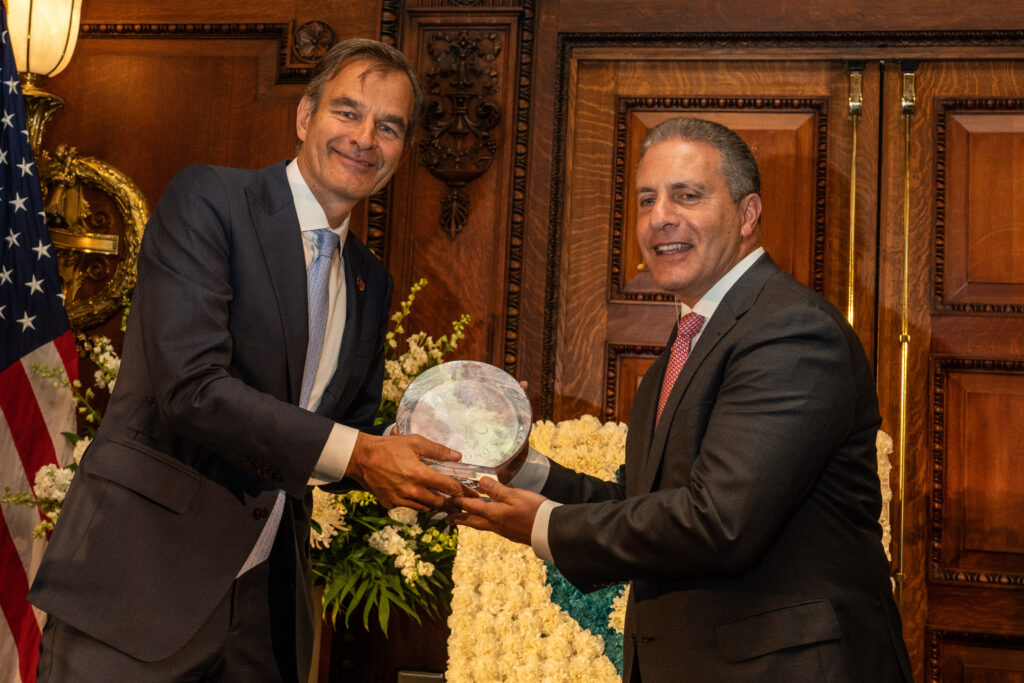 On May 19, the Embassy of the Kingdom of the Netherlands presented the 2022 Holland on the Hill Heineken Award to New Jersey-based biopharmaceutical company Merck (NYSE: MRK) in a ceremony at the Library of Congress in Washington, D.C. Richard DeLuca, Jr., Executive Vice President of Merck and President of Merck Animal Health, accepted the award on behalf of the company, known as MSD outside the United States and Canada.

The Holland on the Hill Heineken Award, named for Freddy Heineken, recognizes entrepreneurs and businesses that have made a positive impact on economic ties between the Netherlands and the United States. Today, transatlantic cooperation remains vital in creating innovative solutions to address global challenges. The United States is the top foreign investor in the Netherlands, while the Netherlands consistently ranks among the top five investors in the United States. This relationship supports more than 860,000 American jobs in sectors ranging from agriculture and food to finance and the creative industries.

“Merck in the Netherlands and its contributions to the Dutch life science and health innovation ecosystem, in particular, are significant. Its presence is a strong example of the success and importance of our economic ties,” said Ambassador André Haspels. “Through shared Dutch and American values of entrepreneurship and collaboration, the company makes a meaningful difference in the lives of many around the world and is innovating solutions to challenges of tomorrow.”

“We are honored that the company is being recognized for our work to save and improve lives around the world – both for humans and animals.  I have seen firsthand the contributions of our colleagues in the Netherlands, who have been at the forefront of research, bringing forward medicines, vaccines, technology and innovative health solutions for the world’s most challenging diseases,” said DeLuca. “We value the commitment and dedication of all of our associates and the collaboration with the Dutch government. Our presence in the Netherlands centers around a rich history of innovation, commitment to research and development, as well as entrepreneurship in the way we approach human health and animal health,” added DeLuca.

A lasting impact on U.S.-Dutch relations, driven by responsible entrepreneurship 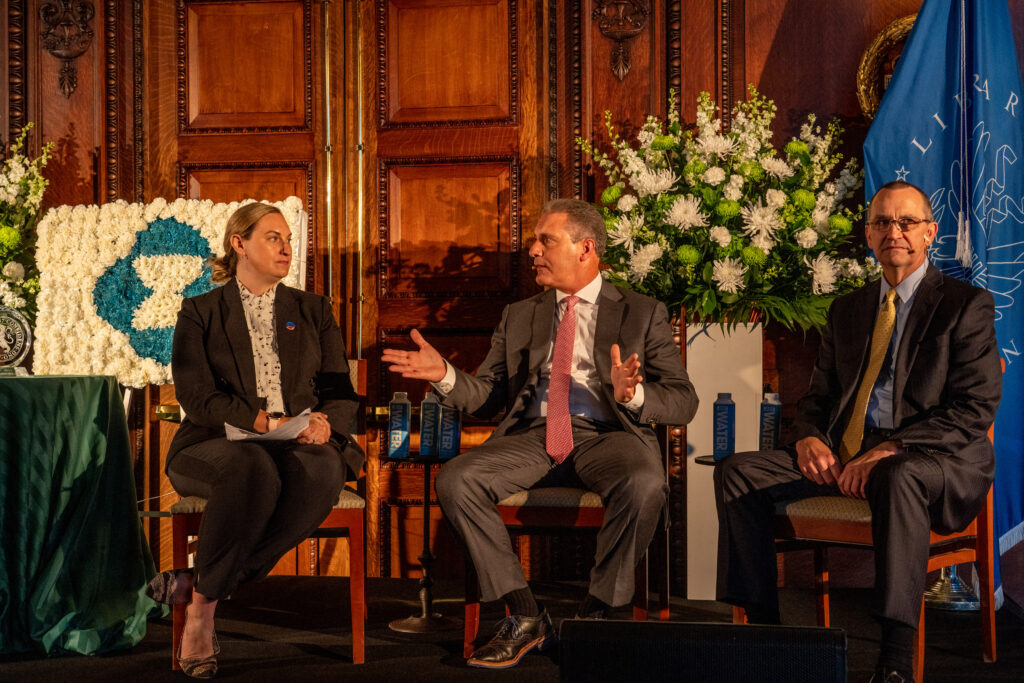 The story of Merck in the Netherlands is a special one, spanning several decades and multiple locations. As one of the most substantial companies in the Netherlands with state-of-the-art research, commercial and manufacturing capabilities, Merck plays an active role in strengthening its human health and animal health footprint while furthering U.S.-Dutch cooperation. Below are just a few examples of the depth and diversity of Merck’s partnership with the Netherlands’ life sciences & health sector.

In the city of De Geer, Merck has established high-quality, biotechnology production.  Its operations in the city involve a uniquely specific and difficult production process, with high risk for cross-over infections. Merck’s decision to pursue these operations in the Netherlands indicates a great degree of trust in the skill-level of Dutch talent, the stability of the Dutch government and the favorability of the Dutch business climate.

Meanwhile, Merck’s facility in Haarlem produces vaccines on a large scale that are distributed to countries around the world. The company’s oral antiviral COVID-19 medicine is likewise produced in the Netherlands. In addition, Merck’s advanced biotechnology facility in Oss, where the company doubled production in 2019, provides more than 25 years of experience in producing high-quality, raw materials for medicines.

Leading the way in animal health

The Netherlands also plays a major role in Merck’s success as an industry leader in animal health. The company’s facility in Boxmeer, which began over 70 years ago, is a leading center for the development and production of veterinary vaccines for Companion Animal and Livestock species.

Laying the seeds for Pivot Park in Oss

In February 2012, Merck closed one of its R&D centers in Oss. However, Merck took a unique approach to this decision by embracing a commitment to corporate responsibility in the region. The company collaborated with regional partners and the Dutch government to leave behind a lab space with properly working equipment. This lab enabled those ex-employees to form their own startups. And their innovation, in turn, resulted in the creation of Pivot Park that same year.

A decade later, Pivot Park has grown into a thriving life sciences & health community with more than 60 biopharmaceutical companies. The success of Pivot Park, one of the key hubs in a larger Dutch ecosystem, can be traced directly to Merck’s decision to uphold its responsibility in the region.

Put together, these case studies of responsible entrepreneurship exemplify why Merck has earned the 2022 Holland on the Hill Heineken Award. It is a story, written in a Dutch context, that bears the hallmarks of the American Dream – where bold ideas lead to groundbreaking research success and wider societal impact.

Source: NL in the USA