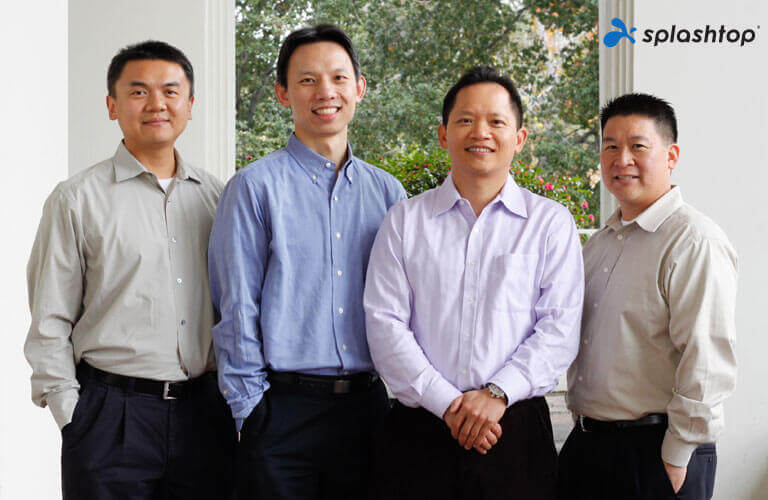 US-based Splashtop is opening a new office in Amsterdam, advancing its ambitions to conquer the EMEA region from the Netherlands. The Silicon Valley startup first established its EMEA headquarters in Amsterdam in 2020, drawn to the Dutch capital’s multilingual talent pool and world-class startup ecosystem. An emerging leader in next-generation remote access and remote support, Splashtop also announced it has closed a $50 million funding round, pushing its valuation beyond the $1 billion ‘unicorn’ status.

“Splashtop has picked Amsterdam due to the fact it’s been recognized as the European capital of innovation, while the Netherlands is being perceived as the west coast of Europe. Starting our European HQ in Amsterdam, we can attract a lot of multilingual talent that allows us to hit our growth objectives, but more importantly to support our customers in their native language,” said Alexander Draaijer, General Manager of EMEA at Splashtop.

Although Splashtop is a relative newcomer to Europe, it has already attracted a strong portfolio of customers. The startup boasts approximately 1,000 paying customers in the Netherlands, including NEP Hilversum, healthcare centers like Slingeland Ziekenhuis, knowledge institutions like Leiden University of Applied Sciences and a host of Managed Service Providers (MSPs). Targeting Europe and Africa more broadly, Splashtop has gained new clients such as the Royal College of Art in London and the University of Westminster in the United Kingdom, the IED European Institute of Design in Italy, the Robert Schumann University in Germany and many other knowledge institutions.

Building a multilingual team in the Dutch startup ecosystem

Splashtop joins the ranks of international startups that have chosen the Netherlands for their European headquarters. The country offers a host of advantages: a multilingual population, advanced digital infrastructure, a thriving startup ecosystem and global connectivity.

“Obviously, Amsterdam is easily accessible to people around the world and allows us to easily travel efficiently when needed,” said Draaijer.

Splashtop’s European team is growing fast, thanks to the unique skillset of its Dutch employees. The startup recruited seven people within its first year in the Netherlands and plans to hire more upon opening its brand-new office at the Piet Heinkade in Amsterdam on February 1, 2021. Last year, Splashtop also added seven new European languages ​​along with new payment methods such as Single Euro Payments Area (SEPA).

“This year, we would like to grow over 200 percent. That means we are looking to hire roughly ten people in the first quarter of this year with roles varying from customer success, sales, support, and marketing, to channel managers, so we can support and enable key partners across our EMEA markets that can help us scale. I wouldn’t be surprised if we would finish 2021 with 30 people in our new office,” said Draaijer.

Splashtop delivers remote access and remote support software for three main industries: education (universities and colleges), media and entertainment (film studios) and ICT (IT departments and MSPs). During the pandemic, the startup has seen accelerated growth due to the increased demand for remote access. Splashtop’s latest funding round and subsequent unicorn valuation validate the company’s position as a major player in the fast-growing remote access technology sector.

“Our sustained profitability and growth – which accelerated during the COVID-19 pandemic – validate that Splashtop’s modern approach to remote access is making a real difference in how, where and when people can use the digital resources they need to work, learn and be entertained,” said Mark Lee, co-founder and CEO of Splashtop.

“We’re fundraising now at unicorn valuation to amplify our brand and momentum so we can attract talent, expand our enterprise presence, and accelerate our global expansion to delight customers everywhere,” Lee added.