Seven years ago, when I assumed the role of commissioner of the Netherlands Foreign Investment Agency, I could not have imagined that the global geopolitical topography would alter in quite the way it has. A lot has happened in the seven years that I have been in office.

Technology has always impacted global societal development across the ages, from radio and television to the Internet and social media. We are linked more directly to the world than ever before, and our window on that world, the picture we have, is bigger than it has ever been.

In the US, Barack Obama’s election campaigns in 2008 and 2013 were the first to harness the power of upcoming social media, such as Facebook, to mobilize successfully a large demographic. His successor, Donald Trump, took things a stage further with his use of Twitter, creating a direct and visceral contact with his followers and the rest of the world. It provided us with a real-time window into the office of one of the world’s most powerful political leaders, revealing insights like never before.

In Europe, Brexit and the refugee humanitarian crisis tested policies, borders, and political resolve amongst EU members and the ensuing economic and societal challenges were part of its baggage. In Asia, India replaced Japan as the third-largest economy, and China overtook the US in terms of GDP – the first time in almost two centuries that any country outside Europe or the US has claimed the top spot. 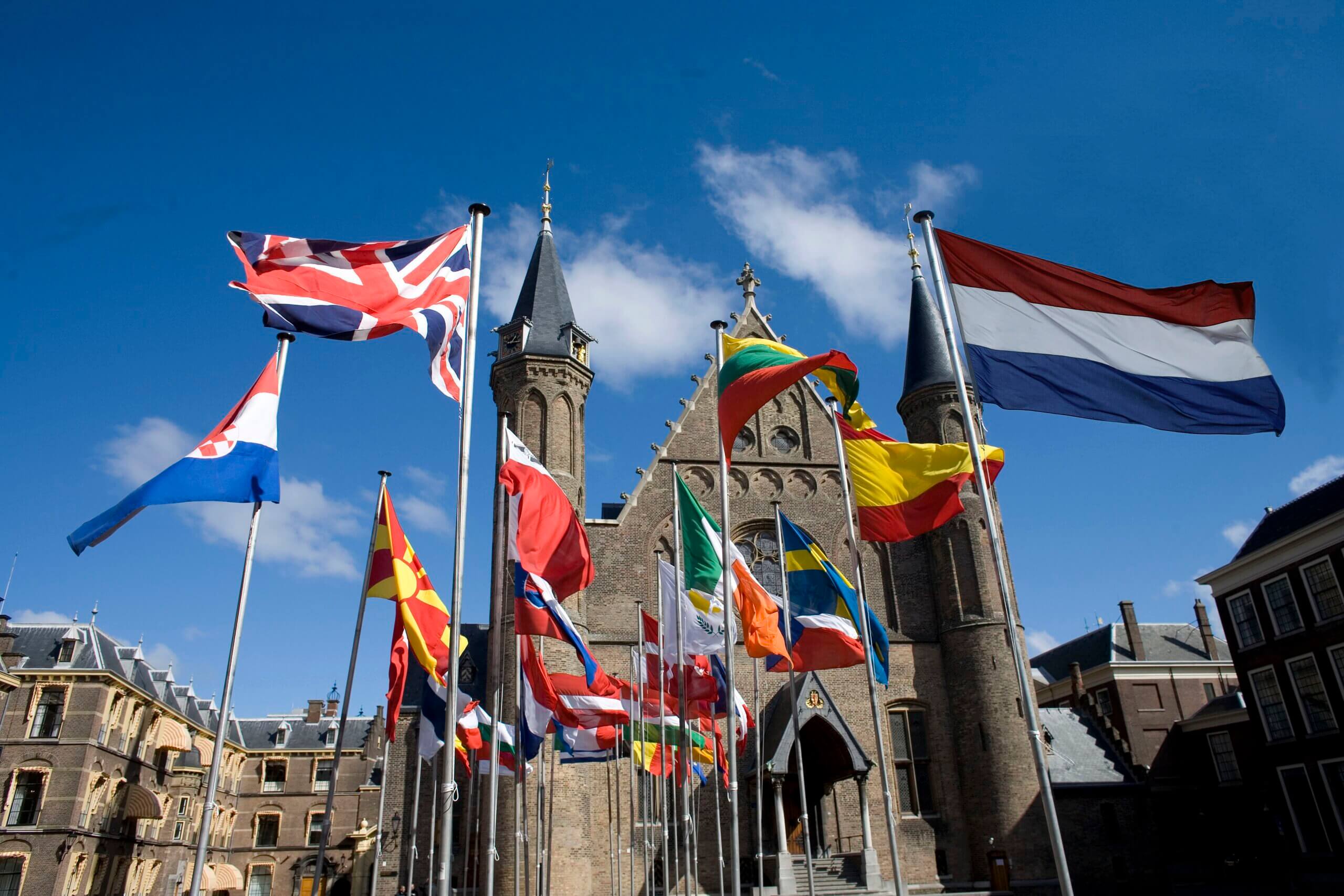 And then, in 2020, the global COVID19 pandemic spread rapidly across the globe, disrupting almost every aspect of our lives. In addition to all this, we have also had to factor-in increasingly restrictive measures for FDI over the past decade. According to UNCTAD’s Investment Policy Monitor, the ratio of more regulatory, or restrictive, investment policy measures is currently around 43 percent – the highest since 2003. This considerable surge is mainly attributable to an extraordinary crisis situation and therefore does not indicate a permanent change in policy trend. The real challenge, of course, is to deal with every situation that arises as best we can and to forge ahead.

Against this backdrop of apparent unrest, upheaval, and uncertainty, the NFIA global network continued in its mission to interest and attract businesses to locate in the Netherlands. Even in normal circumstances, increasing insecurity and volatility tend to have a negative impact on investments, and our current circumstances are far from ‘normal.’

However, despite all these challenges, the Netherlands witnessed continuous growth of incoming investments over the past seven years, from 187 projects as NFIA in 2014 to 397 and 305 projects as Invest in Holland in 2019 and 2020, respectively.

I remember the period between 2016 and 2017 particularly as being a tense time. The Netherlands was one of the first countries to face a general election closely following the Brexit decision. Potential investors were intrigued as to how this would play out politically and economically across Europe. However, Dutch voters were not swayed by the decisions of others and resolved to remain firmly in the Union. I remember clearly a BBC headline the following day proclaiming – ‘Dutch election: European relief as mainstream triumphs.’ Our systems of checks and balances and our propensity for collaboration and directness helped to ensure that the status quo was preserved in our parliamentary democracy, providing a bastion that aided European unity at a time of uncertainty. 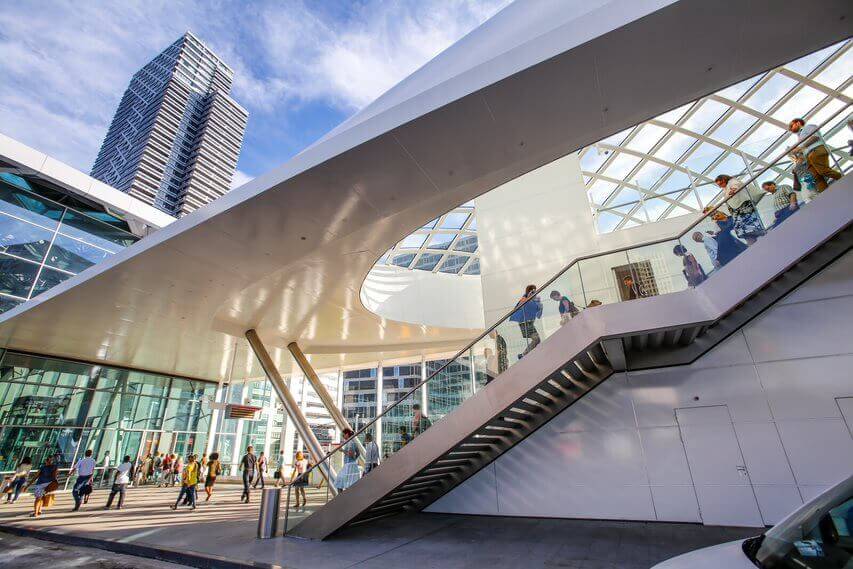 Our robust governmental structures help create a stable platform for businesses wishing to settle in Europe. Our proportional representation and coalition government is less prone to the effects of ‘policy swing’ and provides a secure foundation over the longer term. Added to this, we enjoy stable and generally constructive relationships between employers and trade unions, which also results in a very low number of strikes and disruptions. This is beneficial for investment, which always considers the long-term perspective. A record number of expressions of interest and a continuously rising level of investments attests to this stable and fertile environment recognized by businesses from across the globe.

Perhaps it’s our Calvinist culture and polder-model of collective decision-making that makes us traditionally averse to heralding our own successes. We tend to prefer it when others recognize our efforts. The Netherlands still features prominently in many of the acknowledged global rankings and maintains second position in the Ranking of Rankings (2020). This analysis of six critical indices related to competitiveness, social issues, innovation, and happiness, is published each year by Financieele Dagblad. Two of these indices, WEF and IMD, registered an increase in our competitiveness. IMD researchers note that the Netherlands was the country with the best ‘economic performance’, a position previously held by the United States. This shows that in the bigger picture, we are still performing well as an economy across a number of criteria, and have much to offer companies looking for a competitive and comfortable location in Europe.

Back in 2018, we celebrated the 40th anniversary of the NFIA. I was able to reflect on my own contribution over many of those years, helping to steer the organization through challenging times. I’m immensely proud to have been able to contribute to keeping that momentum going, helping expand our network of offices and personnel across the globe that support Foreign Direct Investment. That year, I was honored, as part of our 40th anniversary celebrations, to sound the gong that signals the opening of trading on the floor of the Amsterdam Stock Exchange. This was the first stock exchange in the world. Its role is inextricably linked with our economy in general and with the NFIA particulary, in terms of the billions of euros in foreign investment that flow as the result of our actions.

And, far from resting on our laurels, we have continued to work even harder over this particularly challenging last year. Like many, we adapted our working methods, conscious of our duty to our employees and clients. Our network rallied around and, after some adjustments, restructured our teamwork and interfacing with clients – albeit through digital rather than physical interaction. Our collaborative Dutch genes kicked in, and we just rolled up our sleeves and forged ahead. And, as I indicated earlier, we have continued to go from strength to strength, even in these challenging times. Our own window on the world also continues to grow in scale as our network expands and our contact points increase. In the Netherlands, where we have a world-leading digital infrastructure, we were already accustomed to working remotely in flexible circumstances. If anything, our network has become more robust in the face of adversity. Our focus is firmly on working together on recapturing sustainable growth that will carry us into the future.

Zoom out after seven years

Looking back over seven wonderful years, it is often the greatest challenges or the most noteworthy stories that remain in memory. In reality, it has been very much a case of ‘business as usual.’ We have taken developments in our stride and have been able even to flourish. Zooming out and looking again at the bigger picture allows us to see that resilience and adaptability are the key characteristics that help us to evolve. I am incredibly proud to have served the NFIA for seven years, a dynamic governmental agency that so closely reflects the welcoming, pragmatic and collaborative nature of the Dutch, and I look forward to watching it thrive in years to come.