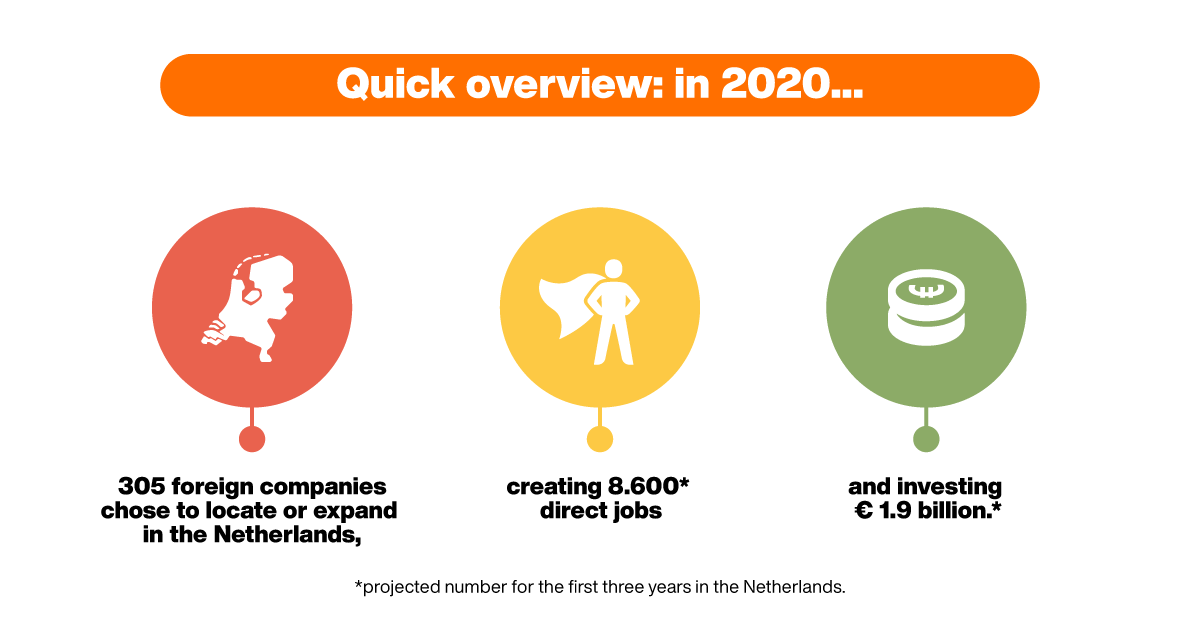 Foreign companies provide an important contribution to the Dutch Economy

Bas van ‘t Wout, Minister of Economic Affairs and Climate Policy and responsible for the NFIA, emphasizes the importance of foreign businesses: “I am pleased with all the foreign companies that have opted for the Netherlands. These international companies make an important contribution to our economy. Our small and medium-sized businesses subsequently also profit as a supplier or customer. That is why we must continue to ensure that the Netherlands remains attractive for foreign companies. We will help investments in research, development, innovation and infrastructure through the National Growth Fund.”

Jeroen Nijland, NFIA Commissioner and Chairman of the Invest in Holland network: “2020 was a year with two stories. The Netherlands is well-positioned for international companies looking for a stable base to serve the European market; for example, companies relocating operations due to Brexit. At the same time, the number of wider inward investments did see a decrease. This effect can largely be explained by the global coronavirus crisis. If we want to invest ourselves out of the crisis, we need to sustain our business climate; especially to encourage sustainable enterprise and innovation in the Netherlands, that enables us to grow.”

Foreign business investment has been under pressure everywhere since the coronavirus pandemic. The global crisis and growing economic uncertainty, coupled with fluctuating travel restrictions and supply chain problems, are causing companies to be reluctant to open new offices. 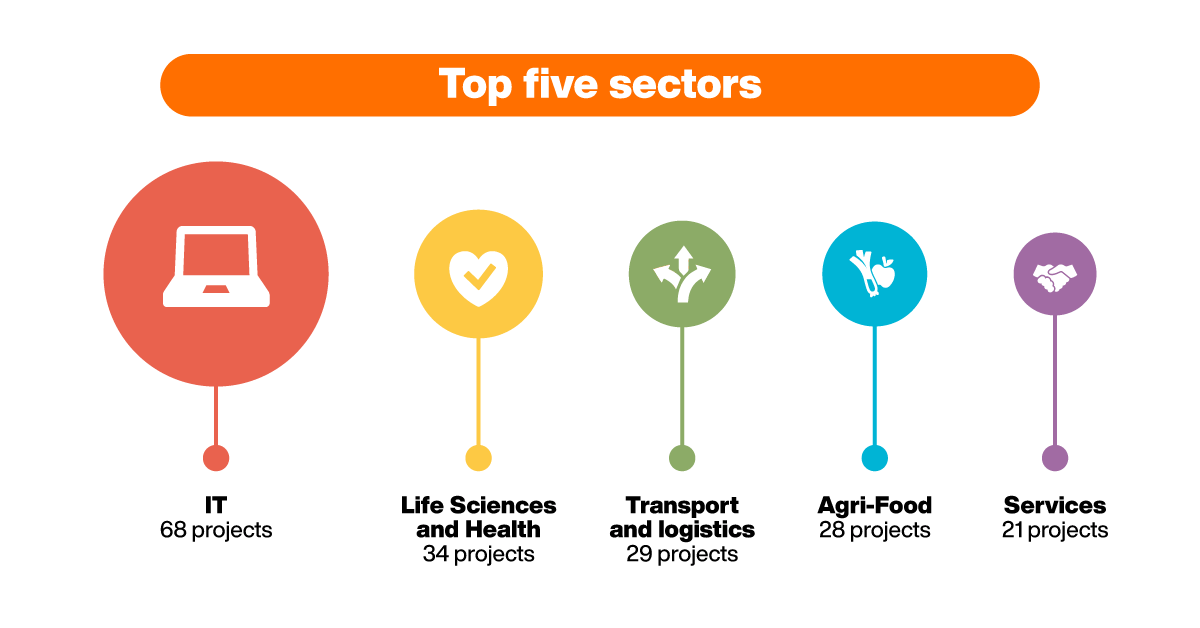 In 2020 the Netherlands saw the number of foreign business investments decrease by about a quarter compared to 2019, while the number of created jobs fell by about 40 percent. An even stronger decline in investments is being tempered thanks to strong Dutch sectors such as Life Sciences & Health, IT and Agrifood. About one third of the foreign companies that choose the Netherlands come from Asia, one third from North and South America and one third from other parts of the world (Europe, Middle East, Africa and Oceania). 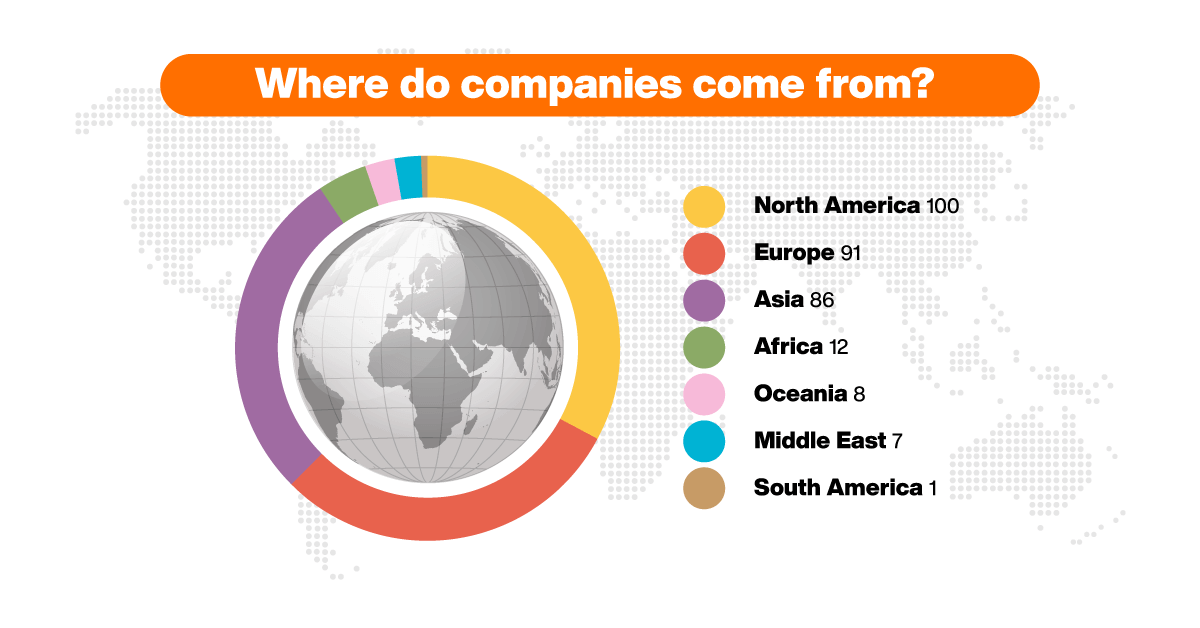 Even now that a Brexit deal has been concluded, the Netherlands remains popular to companies that are experiencing disruption due to Brexit – so called Brexit companies. Many companies in the United Kingdom are currently experiencing problems due to extra administration, procedures, delivery times and worsened access to the European market. In effect, the uncertainty of recent years has not disappeared. Due to this, the number of Brexit companies focusing on the Netherlands continues to grow. The NFIA is currently talking to 550 Brexit companies about a relocation or expansion to the Netherlands. This includes British companies, but also American and Asian parties that are reconsidering their current European structure due to the uncertainty caused by Brexit.

Not only are the amount of contacts continuing to grow, the number of Brexit companies that have opted for the Netherlands is also increasing. Since the referendum in June 2016, 218 Brexit companies have opted for the Netherlands, of which 78 again made the (partial) move last year. For example, Snag Tights, Candy Hero and the Commonwealth Bank of Australia chose the Netherlands last year because of Brexit. These 218 companies together are expected to generate 6,000 jobs and 544 million euros in investments in the first three years after arrival.