In internationally challenging times, the Netherlands continues to be a place of choice for foreign companies. In 2019, 397 international companies – such as Fresenius, FujiFilm Irvine Scientific and Swisscom – chose our country with the help of the Invest in Holland network. These companies expect to create more than 14,000 direct jobs and invest 4.3 billion euros in their first three years in the Netherlands. The Brexit is an important factor in these annual results, presented by the Netherlands Foreign Investment Agency (NFIA) and its regional partners. Since the Brexit referendum in 2016, 140 companies have opted for the Netherlands. 78 of these 140 companies made their decision in 2019.

Eric Wiebes, the minister of Economic Affairs and Climate Policy reflects positively on the 2019 results: “I am happy with the acquisition work of the Invest in Holland network and the NFIA. Foreign companies make an important contribution to our economy. For example, they account for 30% of the total private spending in research and development in the Netherlands. This contributes to solving challenges that we face as a country and to our future earning potential. Therefore, we need to ensure that the Netherlands remains an attractive country to live, work and do business in, also internationally. We are continuously working on this with Dutch Business Policy and our Growth Strategy.”

Attract and retain jobs for the Netherlands

Within the Invest in Holland network, the NFIA is responsible for attracting 268 of the 397 foreign companies. The investment plans of these companies are expected to lead to 11,000 direct jobs and 4.1 billion euros of investment. Over 10 percent of the number of jobs in the NFIA results is related to job retention. In addition to attracting new foreign investment to the Netherlands, the NFIA is also tasked to retain international companies, who are reviewing their European strategy, for our country. 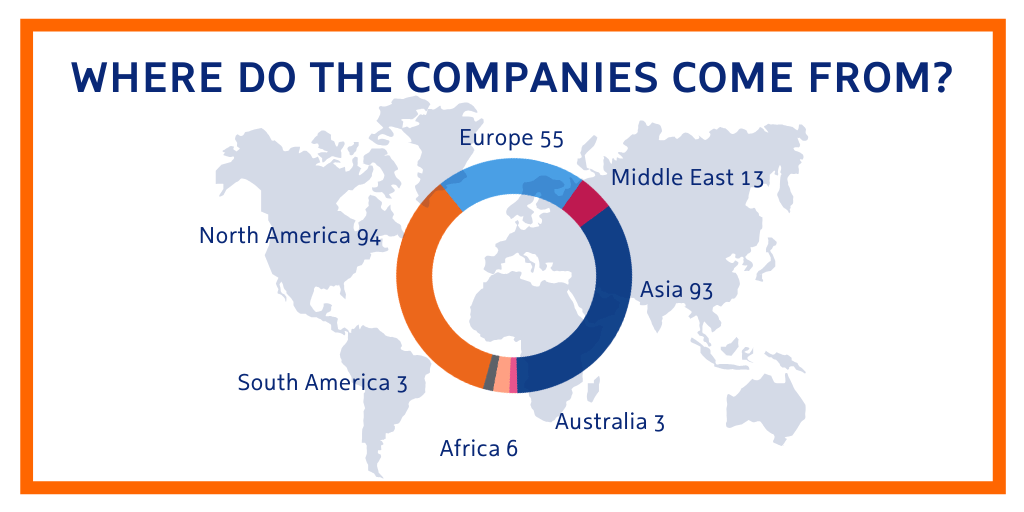 Out of the foreign companies that choose the Netherlands, around a third comes from Asia, a third from North and South America and a third from the rest of the world (Europe, Middle East, Africa and Oceania). Last year, the most companies attracted to our country came from  IT, Creative and Chemical sector, as well as Life Sciences & Health. Within these sectors, various types of business activities were represented; for example, European Headquarters, production facilities, data centers and research laboratories. Employment reported always results in actual jobs, as the NFIA the Invest in Holland network only support companies that aim to create actual employment.

Since the Brexit referendum in June 2016, 140 companies have opted for our country because of the United Kingdom leaving the EU. 78 of these 140 companies made their decision in 2019. Media companies Discovery and Ridley Scott, credit rating agency AMBest and Life Sciences & Health manufacturer Shionogi were amongst the companies choosing the Netherlands because of Brexit. Together, these companies account for more than 4,200 direct jobs and 375 million euros in investments in the first three years. The companies mostly find their origins in the services sector, for example Fintech, IT, and the Media & Advertising industry. They choose our country because of necessary EU permits, access to the European market and the ability to attract European talent.

Although the UK has now left the EU and has entered a transition period, uncertainty about a new economic partnership and its effects on international business remains. The sustained uncertainty from Brexit results in a growing number of companies considering moving to the Netherlands. The NFIA is in discussions with 425 companies considering moving to or expanding in our country as a result of Brexit. Many companies want to continue doing business on the European Market without facing disruption or uncertainty. These are British companies, but also American and Asian parties that are reconsidering their current European structure due to the uncertainty caused by Brexit.

NFIA Commissioner Nijland: “2020 will be an important year for these companies. Much will depend on the specifics of an economic partnership between the UK and the EU. The impact of this will vary from sector to sector and the pressure to reach agreements will be high this year. We see that a lot of companies and investments are waiting for the impact of these new agreements before making a decision. On the other hand, more and more companies are not waiting. They opt for the certainty and security on the European Market that the Netherlands offers instead.”

In a globalizing and digital world the Netherlands depends, on the international economy for its future prosperity. As such, increased attention is being paid to the NFIA’s work that is committed to foreign companies and fostering the necessary business climate. Research shows that international companies make a positive contribution to the Dutch economy and society. For example, various statistics show that foreign companies account for around 18 percent of the added value to our economy. These companies pay their employees an average of 7 percent more. They are also at the forefront of research and technology relatively often. Almost one million employees are working for foreign companies in the Netherlands. In addition, these companies account for 500,000 indirect jobs with suppliers in the Netherlands, mostly with Dutch SMEs.

NFIA Commissioner Nijland: “Just like these companies, it is important that we continue to focus on an international future as well. Each of the foreign companies we work with, makes a unique and tangible contribution to topics that we all find important, such as job creations and innovative research. They cooperate with Dutch companies, strengthen our international knowledge clusters and contribute to regional initiatives. These types of companies and their employees are significant to us all. It is fundamental to keep this in mind for our future economy and our international business climate.”