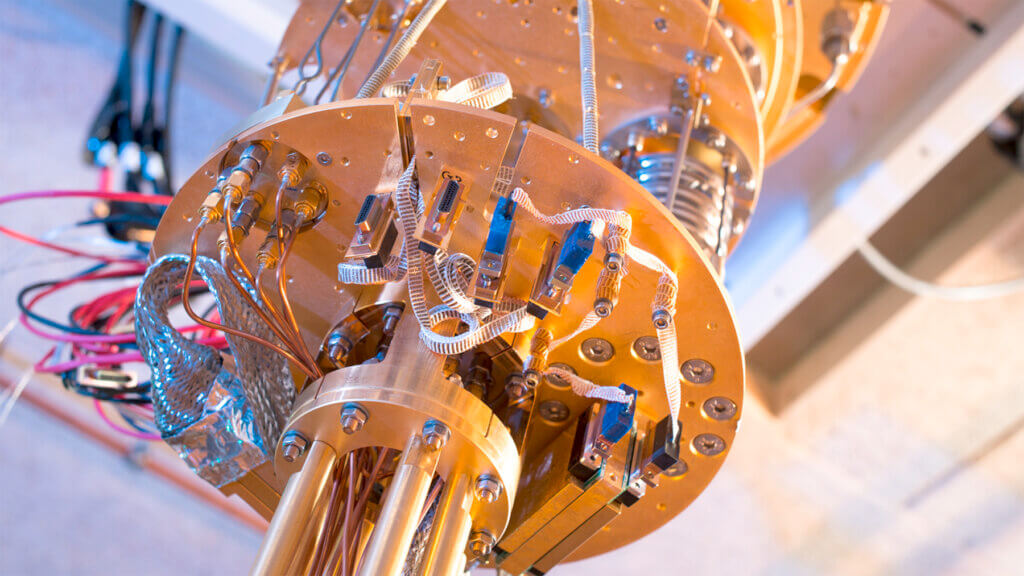 It still sounds futuristic, but quantum technology is inching towards real-life applications. The technology is set to fundamentally change the way we see the world of computers and internet. In a recent study, McKinsey forecasts the quantum computing market could reach $1 trillion by 2035, which means that now is the time to invest in the future. On the forefront of it all, the Netherlands is leading the research that will one day revolutionize everything from modern banking to medicine and countless industries in between.

Quantum technology relies on theories related to subatomic particles to develop faster, more efficient computing systems. Essentially quantum technology aims to create a really fast computer, faster than any computing that exists. The Netherlands Innovation Attaché Network in North America’s senior advisor, Ulrich Mans, said that while quantum computing is still in its early stages, its promises are on the near horizon.

How exactly it will impact specific industries, however, remains one of many questions that research and development efforts over the coming years will answer. 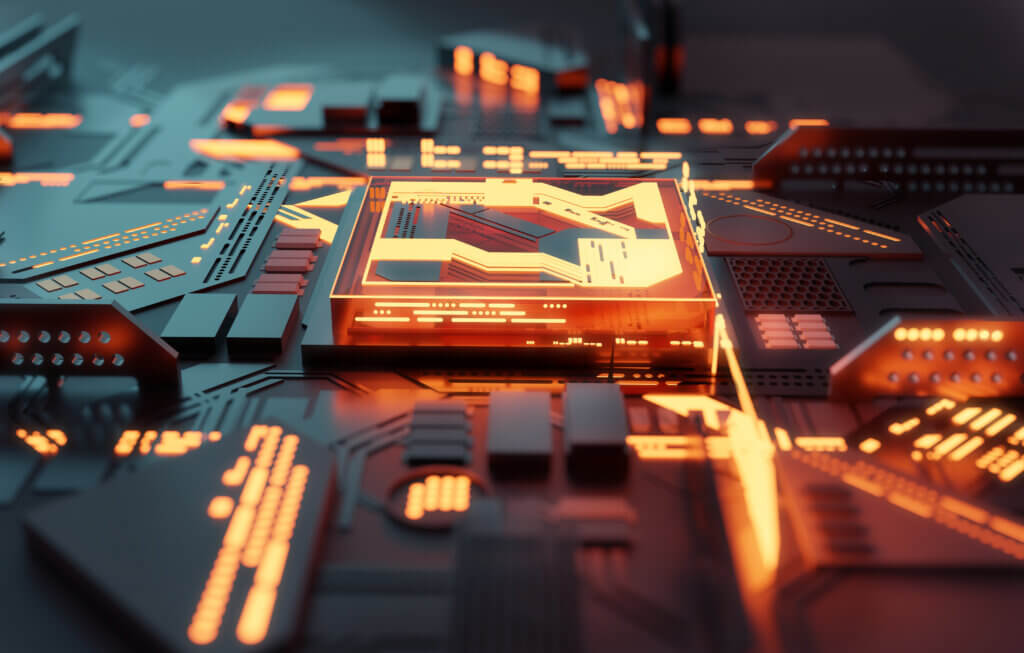 What’s going on now in the world of quantum technology in the Netherlands? The newest update this year saw the startup Orange Quantum Systems spin off the established QuTech initiative. The goal of all of these projects? They seek to design a workable quantum hardware system – the first quantum computer – and to help companies around the world understand their applications.

It’s not the first advancement coming from the Netherlands. Started in the early 2010s, the Dutch ecosystem has evolved to be one of the world’s leading knowledge clusters. More recently, Microsoft launched the Microsoft Quantum Lab in 2019. While researchers are still searching for real-life applications, it is becoming increasingly clear that quantum technology is less of an option and more of a necessity for companies moving forward, and its development will not be limited to a small number of tech giants.

“A growing number of companies are asking the question whether or not they should start their own R&D team in the next two to three years because if they don’t and quantum does hit the market, it’ll be very hard to catch up,” Mans said.

There is a lot of interest in the pharmaceutical industry, banking, and energy sector to start working on quantum. In addition, we see other major industries, who are likely to use this new technology. The Netherlands is also a top choice for these sectors, providing ample opportunities for future investments. Research teams are advancing quickly, and waiting until tomorrow is a risky option for companies that hope to thrive in the future.

Quantum technology will drive the exchange of vast amounts of data between organizations and their cloud environments feeding newly developed AI models. Latency restrictions and network bandwidth limitations will force these AI-models to be placed on highly interconnected key edge locations in close proximity to the R&D teams of these organizations, like in Amsterdam. 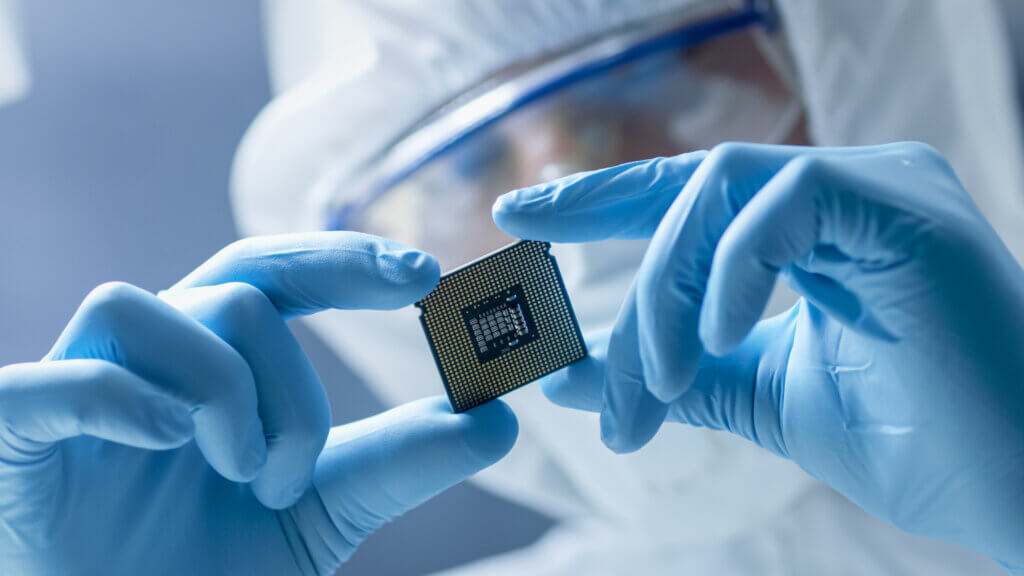 For the tech sector and beyond, the Netherlands is a powerhouse choice for investing in quantum’s future. While an attractive location for any foreign businesses, there are two specific reasons it is fertile ground for quantum research and development.

The favorable quality of life creates a perfect setting for the best talent to work in the Netherlands. Importing talent into such a hospitable, welcoming environment is a seemingly effortless task. “The Netherlands offers great availability of highly educated talent and a strong draw for workers from around the world,” said Stephan de Barse, Executive Vice President at 09 Solutions. “Another big plus is that the Netherlands is very flexible about talent getting work visas that allow it to attract the best people,” de Barse added. “We now have around 23 nationalities represented in our Amsterdam headquarters, from South America to Asia.”

Dutch talent itself is a major draw: top quality, multilingual, and often cheaper than for example their US counterparts. There is a Dutch mindset that leads to experimentation, according to NFIA Quantum Specialist de William Cocq van Delwijnen. “Foreign investors appreciate the multidisciplinary way work is being done in the Netherlands,” he said. A pool of educated, creative and innovative talent makes the nation the best choice for quantum research.

What is also important for R&D investments is that the Netherlands is compact, and its geography creates a cluster of research unheard of in competitor nations like China or the U.S. Within 50 miles, the country provides all the benefits that stretch from Silicon Valley to the U.S.’s East Coast, with top-notch researchers reputed worldwide. Central to Europe and accessible to all corners of the world through Schiphol Airport, and a strong broadband network to keep it interconnected, the Netherlands is a strategic hub and crossroads for global thinking. 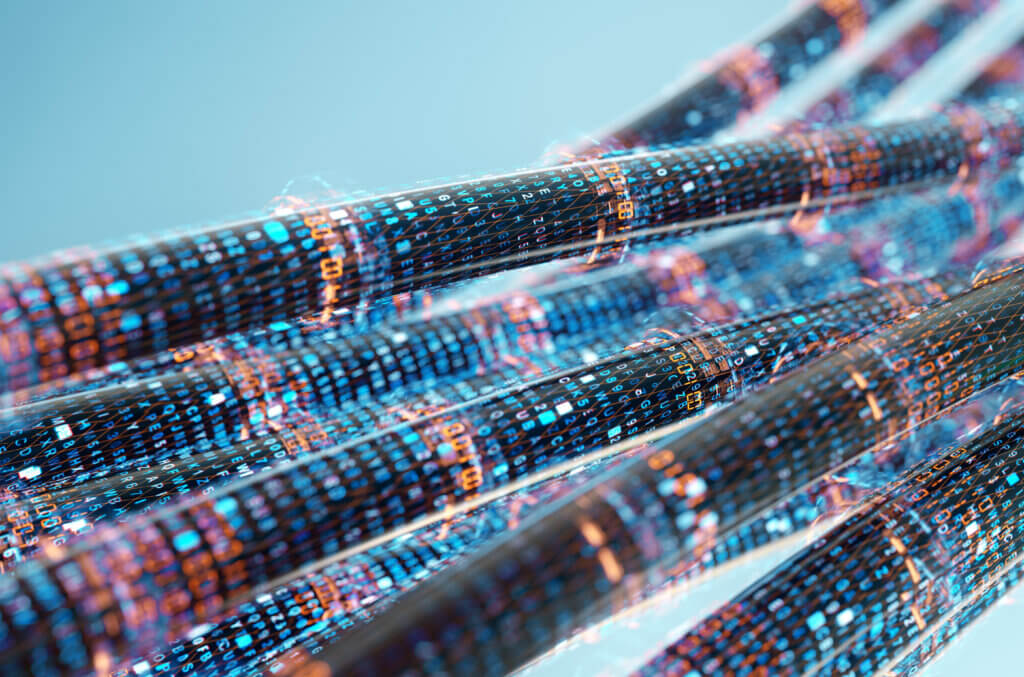 In April 2020, the Netherlands helped launch Europe’s first public quantum computing platform, called Quantum Inspire. Delft-based QuTech, a collaboration between TU Delft and TNO, developed Quantum Inspire to make the quantum computer accessible to everyone. It is the first in the world to use a quantum processor made of scalable spin qubits.

Many companies looking to get into the quantum game find everything they need in the Netherlands, according to recent reports. In 2019, the Netherlands was recognized with the most competitive economy in Europe by the World Economic Forum.

The Dutch track record over the last decade speaks for itself. Among others, the first generation of flux qubits was developed here in the Netherlands as well as the first loophole-free bell test in 2015 – both important milestones that would take more than a blog post to explain! As recently as 2018, it was the first to show on-demand quantum entanglement. Those concepts may not be familiar to most people, but to the world of quantum technology, they are stand-out achievements key to the success of future projects. MIT’s breakthrough technology report 2020 featured Delft University, which created a data-linking system joining four cities. The university is also the home of the aforementioned QuTech, the original team seeking to design the first European quantum computer, using a 135 million euro investment to develop the hardware.

Freeke Heijman, lead of the national quantum initiative, explains: “McKinsey shows that Delft has a solid position in the top 5 when it comes to science and engineering. We launched the Quantum Delta program to translate this into societal and economic impact. We are proposing unorthodox measures to support startups and engage end users, including a completely new “house of quantum” where scientific and entrepreneurial talent innovate together with shared facilities that are too costly for a sole company to fund.”

In the last five years, the Netherlands invested approximately 350 million euro in the quantum field already, excluding the new national initiative. Quantum Delta, for example, is at the forefront of collaborating between research hubs in the Netherlands.

Ingrid van Engelshoven, the Dutch Minister of Education, Culture and Science, said, “Quantum computing is a key technology for the future. The Netherlands is a scientific leader in this field. I am extremely proud of the researchers and engineers from Delft, who combine research with innovation, entrepreneurship and the training of talent. Quantum Inspire is a first step, the intention is to further scale up the platform within the Netherlands and Europe. Even in times of crisis, it is important to share knowledge and continue to work on tomorrow’s innovations.”

For companies fluctuating between investing in quantum technology or not, the only certainty is that the Netherlands is a great location in terms of resources and investment opportunity. In case you missed it, we’ll leave that quantum pun there for you to reflect on. Enjoy!