The Dutch are finding AI solutions for the future through collaboration 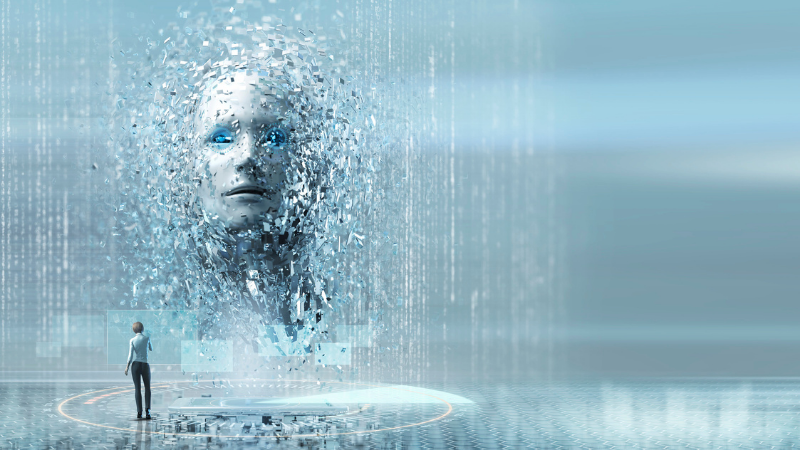 Between the 12th-14th October, the brightest minds in Artificial Intelligence (AI) and the global AI ecosystem, including Enterprise, Big Tech, Startups, Investors, and Science, will descend on Amsterdam, the Netherlands, as it hosts the World Summit AI – the world’s leading AI conference. Named as one of the world’s most AI-ready cities, Amsterdam is the perfect stage to host many of the most prominent figures in AI.

As a key enabling technology, AI is already fundamentally changing the world that we live in. The significance and importance of AI are largely attributable to the myriad of applications that span virtually every aspect of industry, commerce, education, culture, and society. Many companies incorporate AI into various aspects of their day-to-day business, products and services, and an increasing number of those businesses are active in the Netherlands. According to Techleap, about 650 AI startups and scale-ups are based in the Netherlands, making it the country with the highest density of AI startups in the EU per capita. So, what is it about the Netherlands that makes it a fertile home for developments in AI?

Recognizing that AI  is one of the key drivers of opportunity in the 21st century, the Dutch government launched its Strategic Action Plan for AI in 2019. The strategy acknowledges that AI is a huge asset in economic growth and that it can help us solve many problems of the future, but that the technology also comes with its challenges. Through the strategy, the Dutch government aims to capitalize on the societal and economic opportunities presented by AI, as well as safeguarding the public interests of AI, thus contributing to prosperity and well-being.

The key to reaching this goal is collaboration. To foster ideal conditions for innovation, the Dutch traditionally take a triple helix approach, where government, business and academia join hands to find solutions for the future. Public-private partnerships (PPP) are the Dutch way of driving success in research and development. And this also goes for AI. To stay at the forefront of AI development, the Netherlands set up intensive PPPs, ensuring the country can make a difference on the European playing field and in global markets. 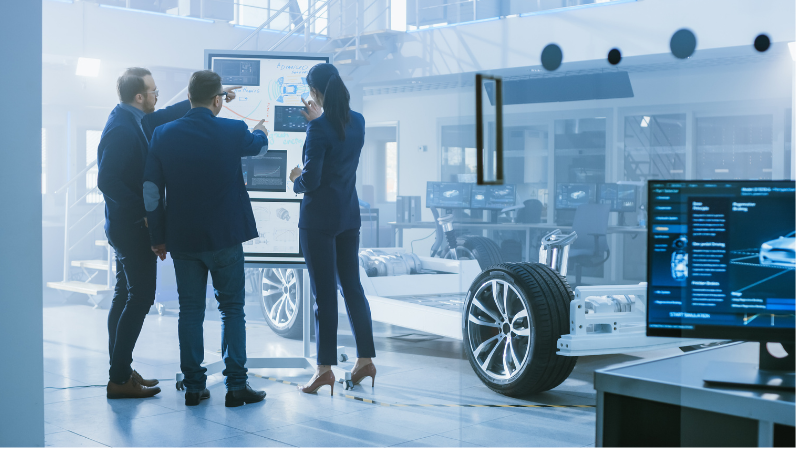 Prominent Dutch businesses also recognized that they could do their part in ensuring to accelerate the development of artificial intelligence in the Netherlands. In 2019, Philips, ING, Ahold Delhaize, KLM and the national railways NS launched Kickstart AI, in order to maintain the Netherlands’ position as a pioneer and inventor of technologies.

Just like the Dutch government, the five prominent Dutch businesses fully understood the vast potential for AI to improve everyday life. They joined in a call to action for their peers in business and industry to boost collaboration in creating a thriving AI ecosystem in the Netherlands for the benefit of consumers’ daily lives.

Just like government and business, Dutch academia also saw the importance of ensuring that AI is used in its best capacity to bring economic growth and brings solutions to social challenges. With 30 masters in artificial intelligence from 12 universities, the Netherlands has its fair share of AI talent coming out of its graduate system, but it also nurtures further AI research in several collaborative knowledge institutes.

Launched in 2018, the National Innovation Center for AI (ICAI) is a national network, based at the Amsterdam Science Park, that provides a model for company-funded research stimulating the academic world through collaborative labs via which AI knowledge can be distributed. These labs help companies maintain a connection with the global data science community.

Taking AI knowledge to the next level, 2019 saw the creation of the Netherlands AI Coalition (NL AIC). The NL AIC works as a catalyst for AI knowledge and research initiatives. According to the coalition there is huge potential in AI. A strong and well-organized AI approach can drive significant growth in the Dutch GDP by potentially 1.6%, while at the same time helping us solving economic and societal issues.

Further complementing these AI organizations’ goals are the Data Lab Amsterdam, which is making datasets available via its published reports, and Amsterdam Data Science, a platform for collaboration and engagement whose goal is to facilitate growth and global standing of the Dutch AI ecosystem.

International organizations find AI base in the Netherlands 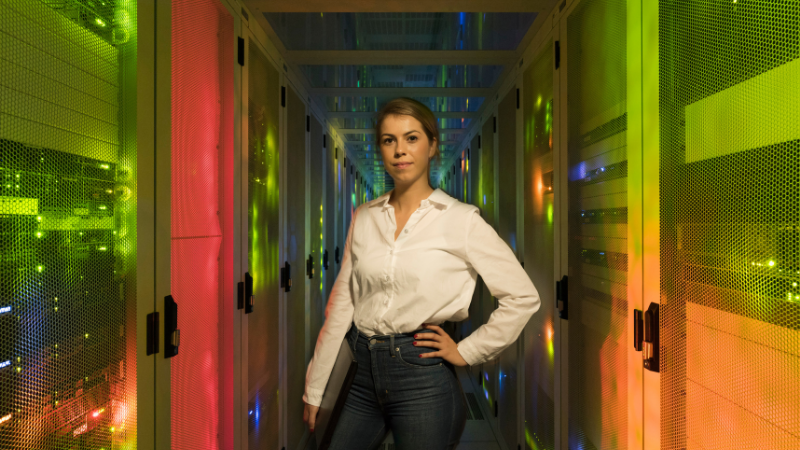 The international AI world is paying attention to the bold Dutch AI ambitions. In 2019, the world’s largest research network for AI, CLAIRE (Confederation of Laboratories for Artificial Intelligence Research in Europe), was established in The Hague. It is working on strengthening the Netherlands as a major European hub for AI, as well the digital gateway to Europe.

Following the establishment of CLAIRE in The Hague, ELLIS, the European Laboratory for Learning and Intelligent systems, selected Delft University of Technology (TU Delft) as the location to establish one of its units for European research excellence in Artificial Intelligence (AI) and machine learning. The unit is comprised of top researchers working on tackling fundamental challenges in AI with a focus on research excellence and societal impact.

Other companies see the potential in the Dutch AI landscape as well. Lunit, a Korean medical software company develops and provides AI-powered solutions for cancer diagnostics and therapeutics. Lunit enjoys the benefits of the Dutch triple helix approach in AI, referencing the ‘luminary’ character of the University Medical Centers (UMCs) in the Netherlands aid Lunit in conducting future research. AI pioneer Brain Corp decided on the Netherlands because of its open business culture, the potential to collaborate with Dutch knowledge institutes, access to tech talent and its proven commitment to the cultivation of a robust AI and robotics ecosystem. 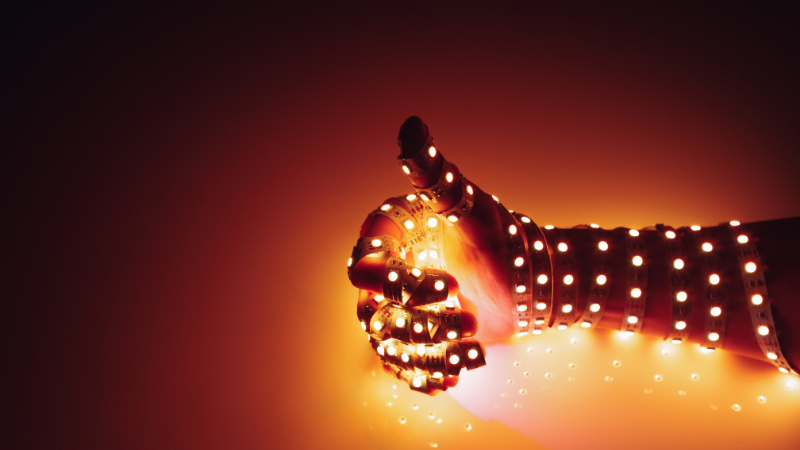 With its open triple helix approach, the Netherlands is bringing together the best of expertise and entrepreneurship in AI, from home and abroad, and business is an integral part of this approach. The Government’s Strategic Plan for AI stresses that “companies added value comes from their ability to respond both to societal challenges and market demand.”

From startups and scale-ups to large corporations, companies are crucial due to their innovative and competitive power. As a result, the Dutch government is calling on companies and organizations to join in these efforts. Do you want to tap into the power of three, and to join this bold Dutch public-private approach? Contact us and explore how the Netherlands can help you reach your AI ambitions.