When life gave Daniel Schreiber and Shai Wininger lemons, they made Lemonade in New York City. As a digital insurer and certified B Corp, Lemonade was designed for the 21st century. Aiming for zero paperwork and instant everything, they offer a unique and transparent insurance policy via their website and their app. Lemonade tries to discourage dishonest claims by using AI and donating a portion of unused revenue to nonprofits which customers choose through their annual ‘Giveback’ model. Together, the two founders, Schreiber and Wininger, turned the centuries-old business of insurance upside down by creating a trustworthy, customer-centric and delightful experience.

In September 2016, Lemonade issued its first policies in New York. Today, it offers renters, homeowners and pet health insurance across most of the United States as well as liability and contents insurance in Germany and most recently, in the Netherlands. With the launch of its European headquarters in the Netherlands, Lemonade allows Dutch customers to protect their homes and belongings in just a few easy taps. Unlike the traditional insurance model, Lemonade takes a flat fee for its operations and gives the remaining underwriting profit to charities of their customer’s choosing. “We believe the Dutch customers appreciate the AI-powered, social-good driven Lemonade product, which promises a simple, fast and delightful experience,” said Ori Hanani, VP European Operations.

When the time came to find the best location for a European headquarters, Lemonade relied on local Dutch experts for support. In particular, Hanani noted that the Netherlands Foreign Investment Agency and amsterdam inbusiness provided Lemonade with useful information and contacts in the market that proved very helpful during the process. 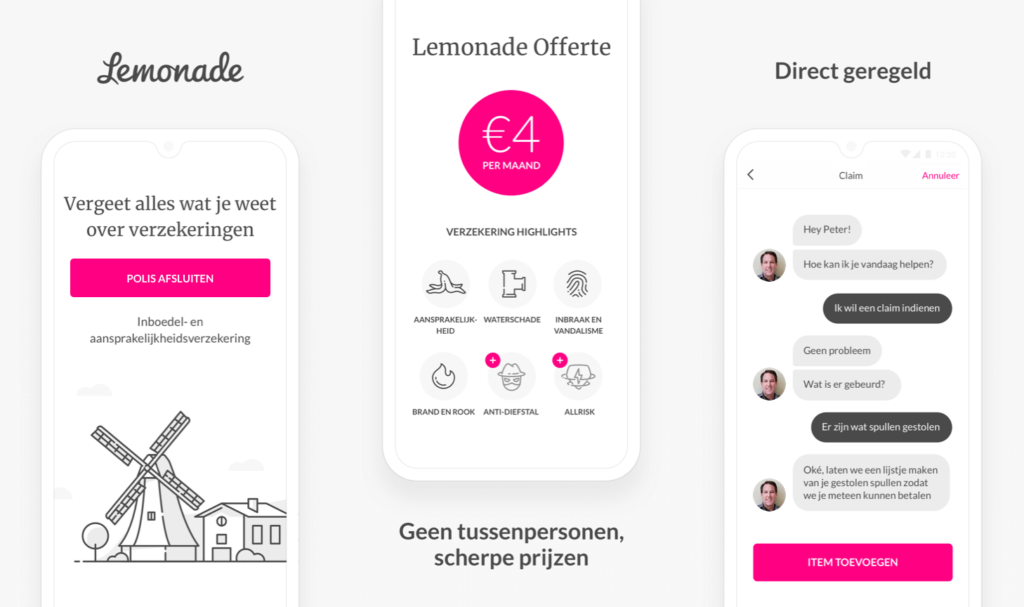 A collaborative and seasoned regulatory environment, great for expansion

The company chose to set up operations in the Netherlands for its collaborative and seasoned regulatory environment. With its European headquarters in Amsterdam, Lemonade is licensed and supervised by the Dutch Central Bank (DNB). The company’s expansion into the Dutch fintech landscape will also accommodate its rapid growth and help meet the demand for an accessible insurance product. Plus, the Netherlands’ fintech sector offers a stable business climate and access to other major European markets.

The Lemonade product in the Netherlands is easy to use and creates a positive experience, which the company is known for in the U.S. The Dutch product also has the added benefit of being based on the company’s Policy 2.0, a new insurance policy designed for the 21st century. Policy 2.0, currently available only in the Netherlands and Germany, is a short and easy-to-understand document without any technical insurance language that’s designed for ordinary people – and not for lawyers.

Daniel Schreiber, cofounder and CEO, said, “Our unique insurance policy is not only the most transparent, affordable, and mission-driven in the market, but it’s also crafted specifically for Dutch consumers, with things such as bicycle theft coverage and more.”

When it comes to talent, the Dutch do not disappoint. Lemonade took notice of the highly skilled and multilingual Dutch workforce, and noted it as a top reason for choosing the Netherlands. Not only is the Dutch workforce known as highly educated and multilingual, it’s also recognized for above-average digital skills. In fact, half of the Dutch population (aged 16 to 74 years) has above-basic overall digital skills, versus an average of 33% in the European Union, according to Statistics Netherlands. This means that, for tech-driven companies like Lemonade, the Netherlands’ workforce can have a tremendous impact on future business growth.

“We chose to set up our European headquarters in the Netherlands and specifically Amsterdam, due to its collaborative and seasoned regulatory environment, coupled with a centralized hub of multilingual talent,” stated Hanani. “The diverse and tech savvy population in the Netherlands is perfect for Lemonade. As we’ve seen in the US, where Lemonade is available to the majority of Americans, the underserved population is looking for digital-native services that are simple, easy to use and understand, and give back to causes they care about. Lemonade is just that.”

In addition to Lemonade, foreign companies that expand in the Netherlands benefit from its stable economy and pro-business climate. The World Economic Forum ranked the Netherlands as the most competitive economy in Europe. 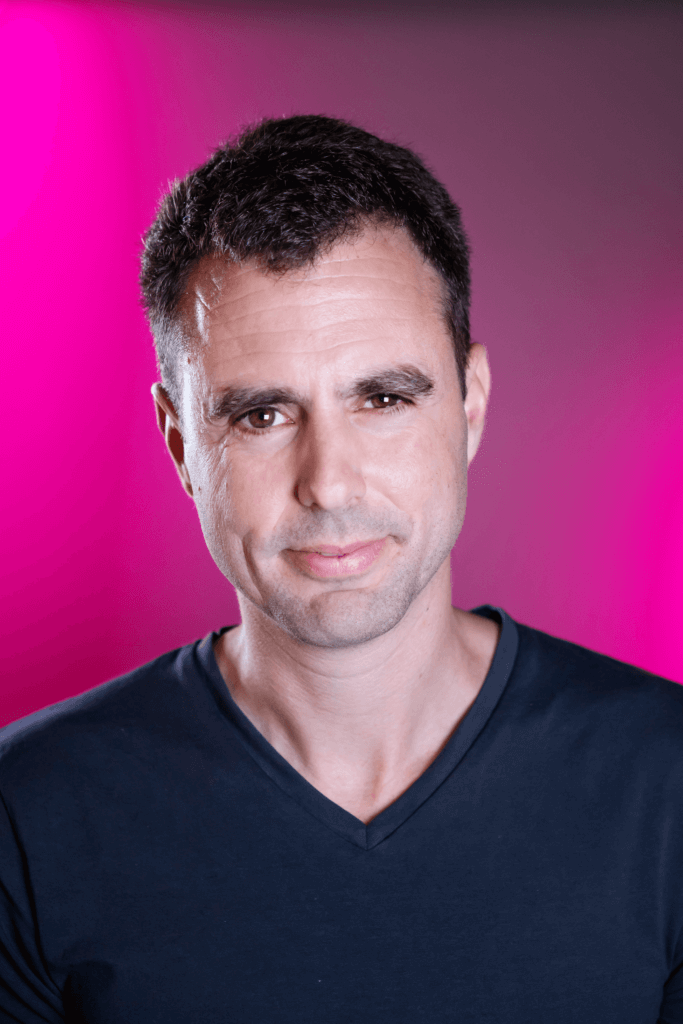 "We chose to set up our European headquarters in the Netherlands and specifically Amsterdam, due to its collaborative and seasoned regulatory environment, coupled with a centralized hub of multilingual talent." Ori Hanani VP European Operations
Share